by Jason Hensel
arena, convention center, news
Comments are off 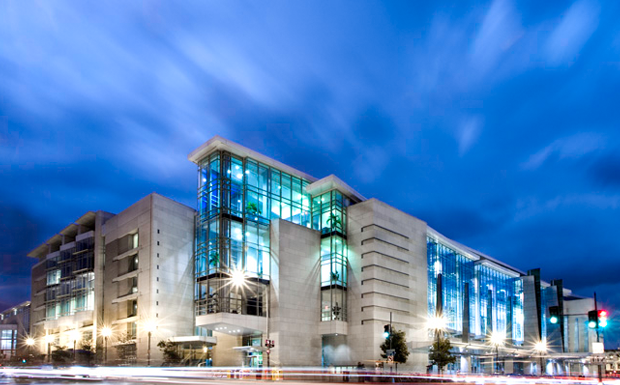 A Hungry Person’s Guide to the Washington Convention Center’s Restaurant Makeover (The Washington Post)
“The four concepts will join an existing Sbarro outpost, but unlike the chain pizzeria, these additions come from notable local figures, such as Top Chef alum Spike Mendelsohn and future contestant Marjorie Meek-Bradley.”

Chicago Bears May Offer Suite Life at Ground Level (Chicago Sun-Times)
“The Bears are exploring the possibility of using a dramatic influx in Soldier Field advertising to bankroll construction of ‘bunker suites’ that allow high rollers and corporate clients to watch NFL games from ground level.”

Mayor Pushes $25 Million Wilmington Arena (The News Journal)
“Mayor Dennis P. Williams is seeking funding to build a $25 million, 4,000-seat arena attached to the Chase Center that would feature basketball games and concerts as part of an effort to expand entertainment in Wilmington’s Riverfront District.”

Responsible Fans Rewarded at Homestead-Miami Speedway (GlobeNewswire)
“Before the race, 98 fans made the pledge to be a Good Sport – the designated driver for their group. All of them had the opportunity to receive a free souvenir photo, instant prizes, and a chance to be selected as the Designated Driver for the Race.”