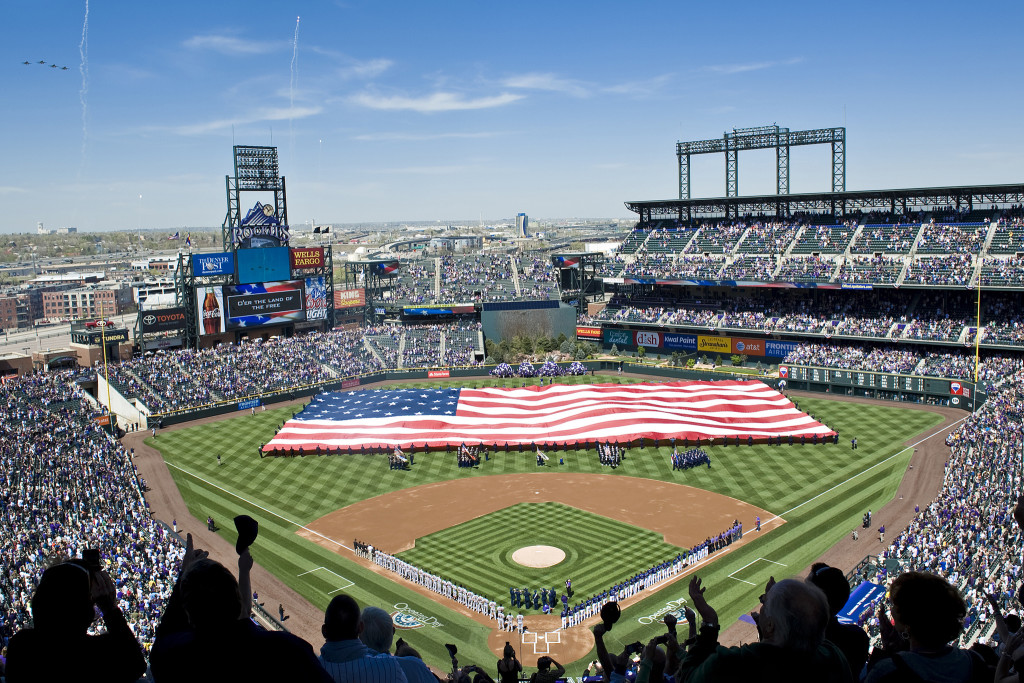 Congress Ready to Ban “Pay for Patriotism” Salutes at Sports Events (NJ.com)
“The bill also seeks a study of all existing sports sponsorships and advertising deals.”

Donald R. Seawell, Founder of Denver Center for the Performing Arts, dies at 103 (7News Denver)
“He was first to bring the Royal Shakespeare Company (RSC) to America. In 1962, he directed and presented the RSC production of The Hollow Crown on Broadway and on tour and, in 1964, to celebrate Shakespeare’s 400th Anniversary, he imported the RSC’s King Lear and The Comedy of Errors, which opened the New York State Theatre.”

Independence Events Center to be Renamed Silverstein Eye Centers Arena (KSHB.com)
“…the deal will bring new exterior and interior signage and a new partnership with the Missouri Mavericks and Missouri Comets.”

Contemporary Services Corporation Partners with American University (PR Newswire)
“CSC’s services for American University, a client since 1985, are provided under the direction of Jordan Tobin, assistant athletic director for facilities and operations.”