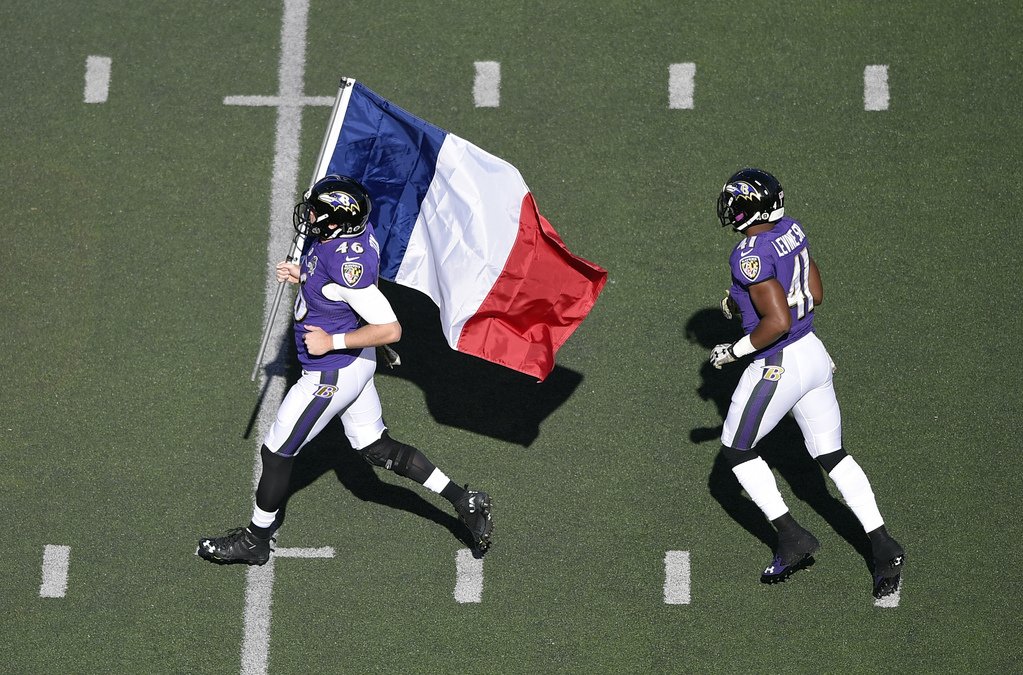 NFL Teams Honor Paris Victims With Touching Tributes (The Huffington Post)
“The NFL stood in solidarity with Paris on Sunday through a league-wide moment of silence, tributes with the French flag and other touching homages to the hundreds of victims of Friday’s terror attacks.”

MLB Owners to Debate Safety Nets at Ballparks (Boston Herald)
“Fan safety has moved toward the top of the owners’ agenda after numerous instances this year in which fans were injured by either foul balls or broken or flying bats.”