by R.V. Baugus
#ernestnmorialconventioncenter
Comments are off 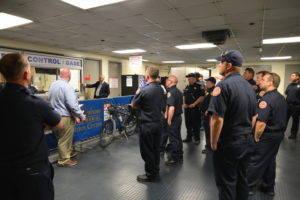 “We were honored to give a tour of our facilities to the New Orleans Fire Department,” said Mark Kaufman, Director of Public Safety for the New Orleans Ernest N. Morial Convention Center. “The safety of our guests is our number one priority, and we are always looking for new ways to assist first responders in any way we can.”

These safety-focused initiatives will continue later in 2018 when members of the NOPD, NOFD, and EMS will be invited to participate in a mock-emergency simulation at the New Orleans Ernest N. Morial Convention Center.