by Jason Hensel
food & beverage, news, Oregon
Comments are off 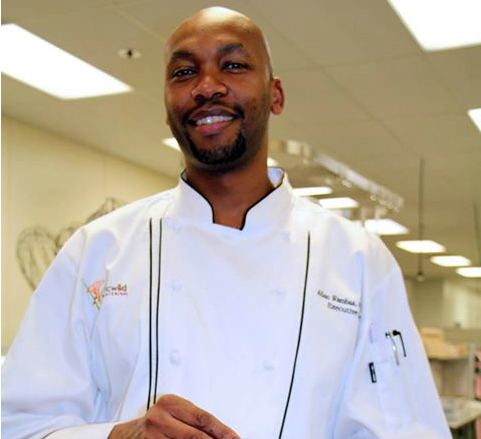 Congratulations to Chef Allan Wambaa—who we featured in our December/January issue of FM magazine with his tips for venues to consider when setting up a farm-to-table program—on earning his ProChef III certification.

Wambaa is the executive chef of the Oregon Convention Center (home of this year’s VenueConnect), Portland’5 Centers for the Arts, and the Portland Expo Center, all serviced by pacificwild catering co.,  a division of ARAMARK created for Metro venues.

“Allan has shown that fine dining can be synonymous with venue food service,” Robyn Williams, an IAVM member and executive director of Portland’5 Centers for the Arts, told the Metro News. “Our food is as classy as our patrons.”

The certification, awarded by the Culinary Institute of America, requires up to a year in preparation and tests a chef’s knowledge in several areas, such as cooking, human resources, wine, and finances.

“It’s something I wanted to do,” Wambaa, who wants to achieve the highest certification possible—Master Chef status from the American Culinary Federation—told Metro News. “ProChef III is a demanding curriculum, a kind of a ‘culinary PhD’ and a litmus test for becoming a master chef, which will be my ultimate goal to crown my career.”

Chef Allan brings world class acumen and taste to what he does, but he also knows how to deliver a very local, Portland product, said Scott Cruickshank, an IAVM member and executive director of the Oregon Convention Center, in the Metro News story.

“Convention center meals are often thought of as institutional type food,” Cruickshank said. “But not here. We are fortunate to have Chef Allan as part of our team and are very proud of his recent accomplishment.”