by Jason Hensel
future, industry news, management
Comments are off 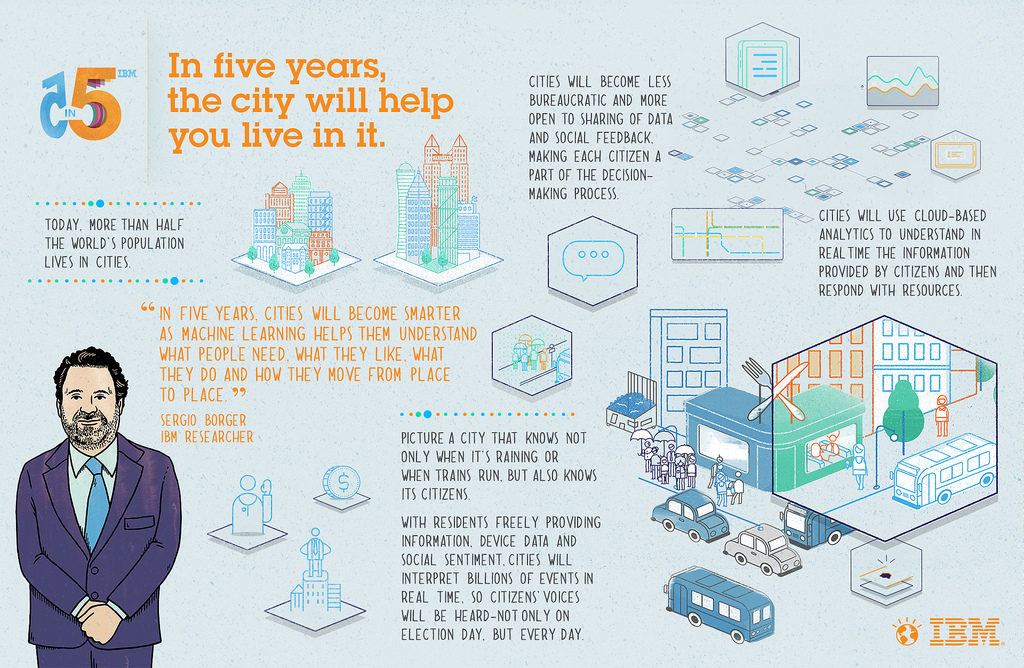 Do You Know What Life Will Be Like In 5 Years? IBM’s Top Scientist Does
—Fast Company
“In the 5 in 5 report IBM’s top scientists report on what the world, supported by smart sensing and computing, will look like in five years.”

Q&A: Theatre Safety in the West End
—BBC News
“After a partial collapse of the ceiling during a show at the Apollo theatre on Shaftesbury Avenue in London, West End theatre owners have reassured audiences all venues have valid safety certificates.”

Gamers Are Not Only Athletes, But the Internet Has Changed the Definition of ‘Sports’
—Wired
“A South Korean gamer just earned a visa to enter the U.S. under the category of “internationally recognized athletes.” There’s nothing unusual about that until you consider the fact that he is a videogamer, and the second this year to be awarded a visa for videogaming.”

NFL Commissioner Chose NYC as 2014 Super Bowl Site for the Money
—Skift
“…this next Super Bowl promises those in attendance something different: The chance to freeze their rear ends off.”

The Ideas that Shaped Management in 2013
—Harvard Business Review
“…we thought about the pieces that most surprised us or provoked us to think differently about an intractable problem or perennial question in management, we reviewed the whole year of data to remind ourselves what our readers found most compelling, and we looked for patterns in the subjects our authors raised most frequently and independently of our editorial urging.” 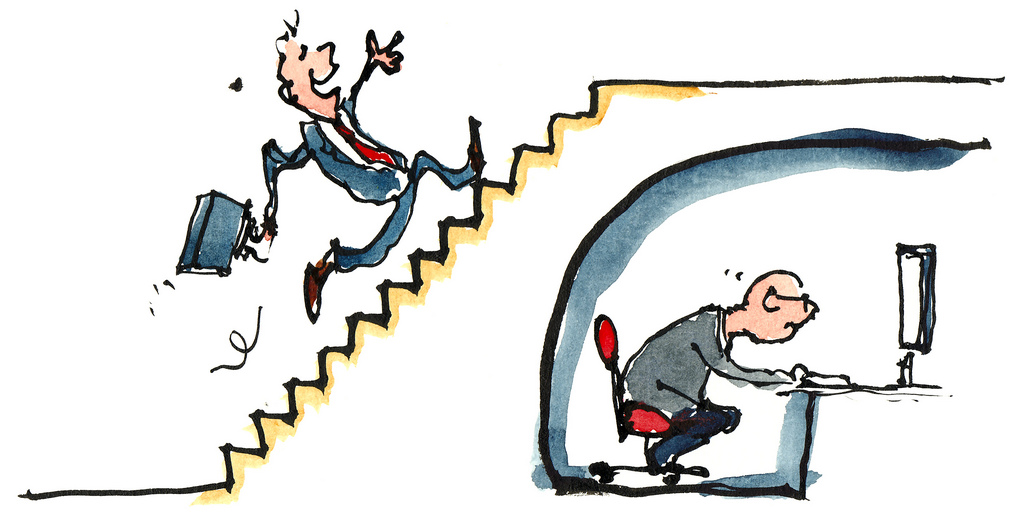 What’s going to change in your career next year compared to this year? It depends on who you ask, and there are a lot of career trends stories out there. I’ve found a good one, though, and I thought I’d share it with you.

Written by career adviser Irene Kotov for Lifehacker Australia, the “Top 10 Career Trend Predictions for 2014” are realistic and inspiring (especially if you like team work and technology). Here are five of Kotov’s predictions, along with a quote by her, that I feel stand out.

Interviews Will Get More Real
“We’ll see more of ‘roll up your sleeves and show me how you’d solve my company’s problems’ types of interviews.”

Google Will Become A Key Part Of Your Resume
“Make sure your LinkedIn profile is polished and your personal blog is full of solutions to problems in your industry, or you’ll miss out on opportunities.”

Writing For Top-Tier Blogs Will Become A Necessity
“…writing as an expert in your field on big media/industry blogs will become critical for success.”

Social Media Hotshots Will Be In Demand
“People who can create an effective social media strategy and then implement it (and demonstrate to the CEO how it drives his business goals) will be the business rockstars of 2014.”

“We” Will Begin To Gain Traction, Next To “I”
“We will see fresh new faces and companies who embrace the ‘we’ mentality at their core to create amazing workplaces, necessary products and inspiring leaders.”

Check out the rest of the article for Kotov’s other five trends, and please let us know in the comments your own career predictions for 2014.

by Jason Hensel
blog, industry news, top 10
Comments are off 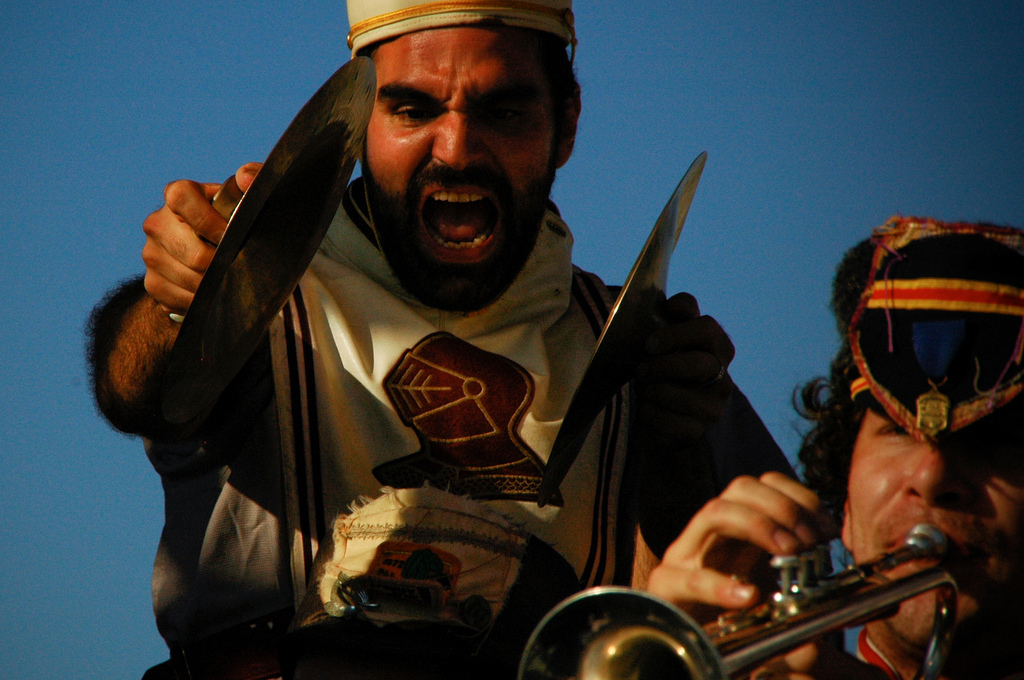 Whenever you agree to be a journalist, you have to sign a contract that says you’ll post a Top 10 list every December, every year, throughout your career. It’s just one of those small sacrifices we journalists have to make so that we can bring you news and entertainment the rest of the year. So, I’m fulfilling my contractible obligations when I offer the following Top 10 list. Plus, I really enjoy finding out what posts you liked the most.

Front Row News didn’t officially begin until May, so we don’t have a full year of posts. Still, readers page viewed a lot of stories, and these are the Top 10 blog posts, the ones you really liked clicking on and reading.

Lights All Night and Work All Day 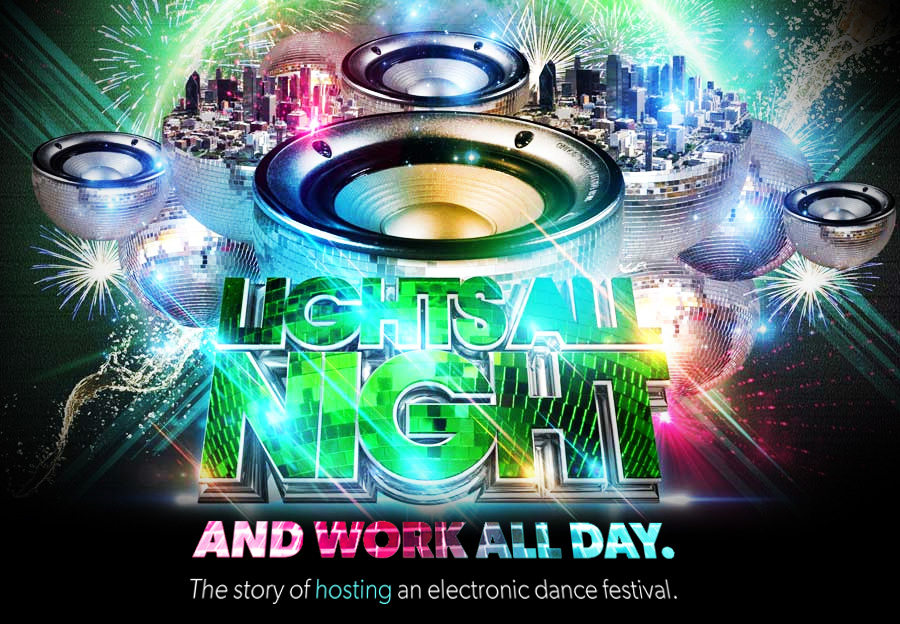 My first electronic dance music experience took place in a small, warehouse space called Club Industry. Located in Deep Ellum in Dallas, the venue was like a miniature version of the raves that would become popular in the mid-1990s. As my friends and I danced to the thump thump thump of industrial techno, laser lights shot across the room and dry ice bellowed between our legs. It was our great escape from the daily grind of high school life.

Looking at today’s electronic dance music festivals, it’s easy to see that the only change is one of size. Instead of 100 people dancing in a small room, there are 100,000 dancers in a large venue or under the open sky. And with that many people, safety and security has to take a front seat in the experience.

This weekend, December 27-28, the Kay Baily Hutchinson Convention Center Dallas will play host to Lights All Night, an electronic dance music festival featuring Deadmau5, Icona Pop, and Major Lazer, among others. The event is expected to draw 40,000 guests over the two days.

Planning for the event started in January, and life safety and security was one of the first items on the agenda. To better understand what took place in those meetings, we spoke with IAVM member, Al Rojas, assistant director for the Kay Baily Hutchinson Convention Center Dallas.

“The vetting process begins with an understanding of the event logistics and timeframe,” Rojas said. “It is the same for every event. The amount of life safety and security resources will be determined by the event history in the building and other locations. Law enforcement intelligence and event activity portrayed by the media also become factors to consider.”

Rojas said the event staff looks at previous show reports and interviews with venue staff. The 2012 event was held at Dallas Fair Park and Daniel Huerta (IAVM member) and his staff were very helpful in the planning process. They also interview the event’s promoters to determine estimated attendance, arrival pattern of attendees, and the flow of attendees in the event. In addition, meetings with Dallas Police, Dallas Fire & Rescue , and event security were conducted.

“There are basic building elements to consider, such as door coverage for ingress and egress, use of vertical transportation (elevators and escalators), public space, dock access for set-up, and other occurring events,” he said.

“All parties were at common ground, and the process was one of evaluating previous results and factoring in new logistics and current lessons learned from the event industry,” he said.

We’ll be checking in more with Rojas about Lights All Night, so please stay tuned to this blog to learn best practices from venues hosting electronic dance music events.

I’m So Excited, and I Just Can’t Hide It

by Jason Hensel
anxiety, performance, professional development
Comments are off 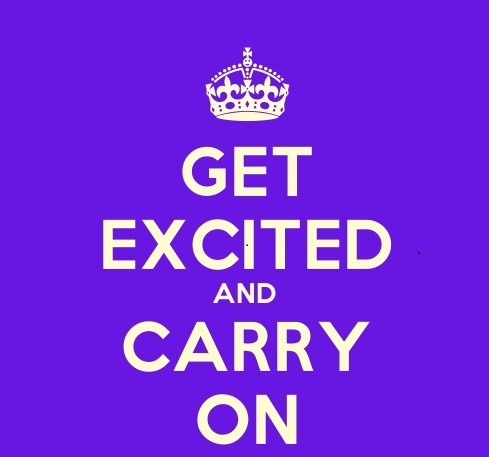 One of this year’s favorite memes was the “Keep Calm and Carry On” posters, with many people replacing the “carry on” part with their own twists on the statement, such as “Keep Calm and Eat Bacon.” It appears 2013 was the year of relaxation, or at least a reminder to chill out.

Keeping calm, though, doesn’t always work. In fact, getting excited may be more beneficial if you’re suffering from performance anxiety, like public speaking or taking tests.

“Anxiety is incredibly pervasive. People have a very strong intuition that trying to calm down is the best way to cope with their anxiety, but that can be very difficult and ineffective,” said Alison Wood Brooks, Ph.D., of Harvard Business School. “When people feel anxious and try to calm down, they are thinking about all the things that could go badly. When they are excited, they are thinking about how things could go well.”

Brooks and colleagues led several experiments at Harvard University to learn more about performance and anxiety. In one experiment, participants who said “I am excited” gave longer speeches and were more persuasive, competent and relaxed than those who said “I am calm” before a speech.

“The way we talk about our feelings has a strong influence on how we actually feel,” Brooks said.

Anxiety and excitement are cut from the same sheet (high arousal), so it may be easier and more beneficial to go along with the feeling than fight it by trying to be calm.

“When you feel anxious, you’re ruminating too much and focusing on potential threats,” Brooks said. “In those circumstances, people should try to focus on the potential opportunities. It really does pay to be positive, and people should say they are excited. Even if they don’t believe it at first, saying ‘I’m excited’ out loud increases authentic feelings of excitement.”