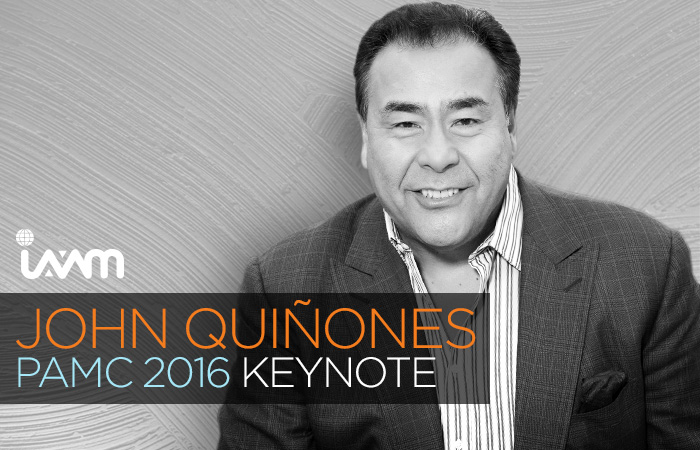 We are pleased to announce that John Quiñones will be our keynote speaker at the 2016 Performing Arts Managers Conference (PAMC) in San Antonio, Texas, March 7-9.

Quiñones has won seven national Emmy Awards for his Primetime Live, Burning Questions, and 20/20 work. He was awarded an Emmy for his coverage of the Congo’s virgin rainforest, which also won the Ark Trust Wildlife Award, and in 1990 he received an Emmy for Window in the Past, a look at the Yanomamo Indians. He received a National Emmy Award for his work on the ABC documentary Burning Questions—The Poisoning of America, which aired in September 1988 and was also honored with a World Hunger Media Award and a Citation from the Robert F. Kennedy Journalism Awards for To Save the Children, his 1990 report on the homeless children of Bogota. Among his other prestigious awards are the First Prize in International Reporting and the Robert F. Kennedy Prize for his piece on Modern Slavery — Children Sugar Cane Cutters in the Dominican Republic.

Registration is currently open for PAMC. See you in San Antonio!