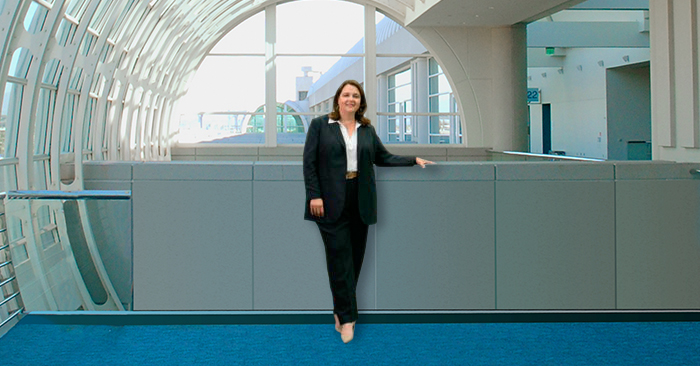 “In our industry, the San Diego Convention Center has always been recognized as a venue at the forefront, so I am simply thrilled to be able to join such a strong team already in place with a great leader like its President & CEO Clifford ‘Rip’ Rippetoe,” Totaro said in a statement.

“We are excited to have someone of Karen’s standards and qualifications join us here at the San Diego Convention Center,” Rippetoe said in a statement. “We look forward to welcoming her to a facility whose purpose is to be the premiere gathering place located at the heart of a world-class destination.”

Totaro has been widely involved in IAVM leadership for many years and currently chairs the IAVM Leadership/Nominating Committee.

“As the recent chairman of the board for the 5,000-member International Association of Venue Managers (IAVM), I have had the opportunity to travel extensively and nothing compares to the San Diego community in terms of warmth of spirit and creating a unique lifestyle that others only hope to emulate,” Totaro said.

About the Author
Jason Hensel is IAVM's senior editor. A graduate of the University of North Texas, he's passionate about books, reading, improv acting, and bacon.
Social Share
6 Comments