by R.V. Baugus
#patriciamuzquizcantor, #sanantonio
Comments are off 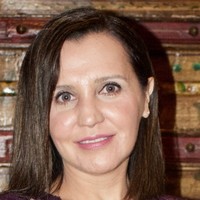 at the convention center and Alamodome during the 2018 Men’s Final Four.

Patricia has served the City of San Antonio for 21 years, previously as the assistant director of the Convention and Sports Facilities Department and the Fiscal Administrator. She holds both a Master of Public Administration degree from the University of Texas at San Antonio and Bachelor’s degree from Texas A&M University at College Station.

In her new position, Muzquiz-Cantor is responsible for the oversight of the department’s facilities, development and administration of the department’s budget and ensuring efficient and quality service delivery for convention clients. She has worked within the Convention and Sports Facilities Department since 2004 and has refined skills in fiscal management, budget administration, and management of contracts and agreements.

“I am confident in her ability to continue to lead the Convention and Sports Facilities Department in elevating the experience at our facilities and attracting large scale events to San Antonio,” said Carlos J. Contreras, III, Assistant City Manager.

In addition to being an IAVM member, Muzquiz-Cantor is a graduate of Leadership San Antonio Class 41 and an active volunteer of the City of San Antonio Women’s Leadership Program.