by Jason Hensel
energy, soccer, technology
Comments are off 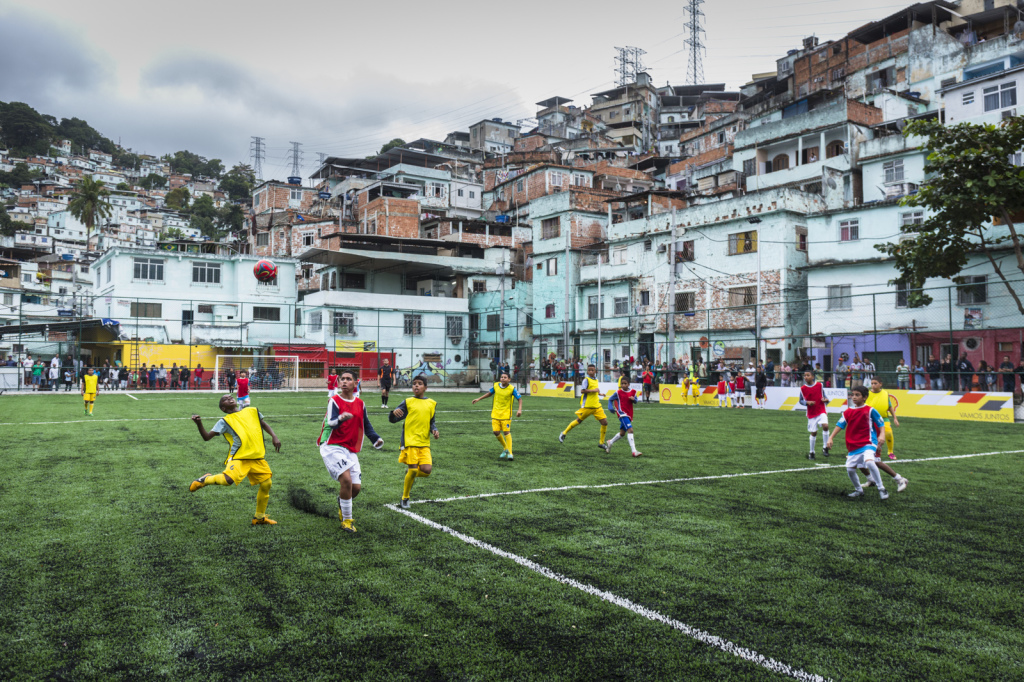 Soccer legend Pelé helped open a new, innovative pitch yesterday in Rio de Janeiro, Brazil. The field, sponsored by Royal Dutch Shell, features 200 underground tiles—covered by a layer of Astro Turf—that capture kinetic energy created by the players’ movements. This energy is then stored and combined with energy captured by solar panels next to the pitch to convert renewable electricity for floodlights.

“The pitch proves the potential and power when scientists and entrepreneurs focus their efforts to develop creative and innovative energy solutions,” said André Araujo, Shell Brazil Country Chair. “By tapping into the world’s passion and interest in football [soccer], we aim to capture the attention of youngsters around the world so they think differently about energy and the opportunity of science studies and careers.”

Pelé said that soccer is Brazil’s greatest passion, and he’s seen the sport transition through a lot of technological innovation since he stopped playing.

“This new pitch shows the extraordinary things possible when science and sport come together,” Pelé said. “The Morro da Mineira community will now be able to use this sports facility as a safe gathering place—all thanks to the floodlights powered by the community’s football players.”

A British company named Pavegen developed the tiles, which use a cog system to capture the energy. When a player steps on a tile, the cogs spin, acting similar to generators. Each tile is estimated to cost around US$500, but the price is falling, according to Pavegen founder and CEO Laurence Kemball-Cook.

“Having received support from Shell to develop my vision, I’m lucky enough to now use my ideas to meet the energy challenge,” Kemball-Cook said. “This new football pitch is an exciting example that every child in a classroom can understand and see first-hand the vital role technology and innovation play in shaping our planet not only now, but in the future.”