The Professional Convention Management Association (PCMA) announced that Chief Operating Officer Sherrif Karamat will become the new CEO following the resignation of 12-year President and CEO Deborah Sexton, who has decided to move on and will step down after the upcoming Convening Leaders event in Nashville this January.

Sexton shared her decision with the Board of Directors at the September meeting. The Board voted unanimously to approve Karamat as the new CEO. This follows careful succession planning at PCMA, where Sexton and Karamat have worked closely together since 2005.

With more than 6,000 members and 50,000 subscribers, PCMA is the world’s largest network of business events strategists. Sexton has led PCMA for more than 12 years, furthering the organization’s dedication to inspiring the business events community with unparalleled educational programs, senior-level networking opportunities and must-attend events on a global scale.

“Deborah’s passion, boundless energy and her hunger to continuously innovate have resulted in tremendous growth and progress both for the organization and the industry,” said PCMA Board Chair 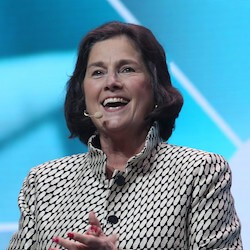 Mary Pat Heftman. “We could not be more grateful for her dedicated leadership, driving strategic plans that make PCMA the leader in our industry.”

In addition to her role as CEO of PCMA, Sexton has also served as president of the PCMA Education Foundation and publisher of PCMA’s Convene magazine. Under her leadership, and working in partnership with Karamat, PCMA more than doubled its membership and revenue, as well as expanded its global reach and cultivated dynamic leadership at the Board and Foundation levels. During her tenure, the Foundation has more than tripled its support for scholarships, research and education programs.

“It has been a privilege to serve PCMA,” said Sexton. “This organization continues to lead the way in the business events industry due to the dedication of our staff, the leadership of our Board and wisdom of our membership. Having worked alongside Sherrif for more than a decade, I have great confidence in the future of PCMA under his leadership.”

Karamat joined PCMA in October 2003 as vice president of sales and became COO of the organization in April 2008. Prior to PCMA, Karamat was vice president of business sales and services for the Toronto Convention and Visitors Association (Tourism Toronto) – a role in which he was very active as a PCMA member and volunteer, serving as president of the Canada East chapter. 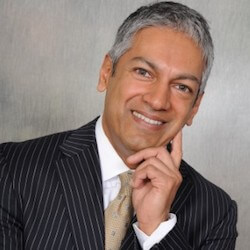 “I am honored to succeed such an inspiring leader, and I’m appreciative of the Board’s vote of confidence,” said Karamat. “Because of the strong foundation that has been established by Deborah’s leadership, I know we will build upon this great platform.”

Karamat is already a key member of PCMA’s executive team. Working with Sexton, he has led the development of future planning for the organization. These plans include the expansion of PCMA as a global organization, advancing the content platforms of PCMA and adapting delivery channels for education as technology evolves.

“Working with Deborah, Sherrif has been an integral leader in the development of our new strategic plan and has a clear vision for where we want to take PCMA,” said Heftman. “It will be a very smooth transition for him, even though he has some big shoes to fill.”

Sexton will continue as CEO through the January 2018 Convening Leaders meeting in Nashville, TN. She is looking forward to what’s next and plans to share her experience with those that have a thirst for advancing the industry and investing in innovative and creative solutions. Sexton will remain in a strategic advisory role with PCMA through March. Karamat’s first day as CEO will be Jan. 19, 2018.