While spending part of his career as director of business development for Nationwide Medical/Surgical, Peter Secord had an up-close look at the world of group purchasing, a process that can be described as buying facility essentials in bulk at discounted prices. 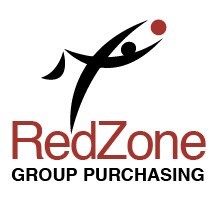 group purchasing program,” said Secord, who took a leap by starting his own company, RedZone Group Purchasing, in January 2012. “Now, I have a third of the NFL signed up. I started focusing on stadiums, arenas, performing arts centers, and convention centers. Because IAVM has such a presence in that world, I came to Dallas a couple of months ago and sat down to discuss how this could benefit even IAVM. We talked about how my company could fit in to the IAVM community.

“I spent most of my career in sales, and although I don’t have anything I’m selling, I’m selling a free program.”

It is a program that continues expanding as more venues become members of RedZone Group and take advantage of cost savings from 25 percent to 60 percent in purchasing buys. In short, the program reduces expenditures for great financial performance at no cost.

Brian Liivak, director of operations at the SMG-managed Tucson Convention Center, said that he was able to identify multiple projects that could be completed in a more cost-effective manner through RedZone.

“One was an AED purchase for the Dominion Arts Theater,” he said. “If we used our current provider it would have cost over $8,500 to purchase four new AEDs, but by leveraging the purchasing power of the GPO we were able to get a reduced price directly from the equipment provider, Phillips. We had a cost savings of over $4,000. Another project we looked at was the LED bulb replacement of all the marquee lights at the same building. Unfortunately, this project was completed prior to us establishing the relationship with RedZone but had we used their pricing advantage we would have saved over $3,000 on this project.”

Secord likes to point out other examples, including the purchase of Herman Miller Chairs for executives at the Spectrum Center, home to the NBA Charlotte Hornets.

“They called and said they wanted to buy some chairs for their executives,” Secord said. “I told them that we had a contract with Herman Miller Chairs and to just let me know what kind of chair they wanted to buy. They gave me a description and name and we put them in touch with a local furniture dealer in Charlotte. They bought the chairs and saved 58 percent.”

“The fact is that purchasing is a really big deal,” he said. “There is an assumption that you do your best, negotiate with your vendors as best you can. You do that and there’s no reason to mention purchasing. I say timeout here! Purchasing is a big deal. It is something that can be improved upon. When we can save the SAP Center arena in San Jose 28 percent and they are using the same user name, password and vendor, to me that screams opportunity. The folks in Charlotte saved 58 percent on Herman Miller Chairs, and they don’t pay anything to be a member.

“I have been in sales so I don’t ever like to use the term no-brainer or if it sounds too good to be true it usually is. That is true. RedZone gets paid by the manufacturers, who pay a fee to the group purchasing organization.”

Secord noted that some of the name companies that are part of RedZone include Cintas, Grainger, Best Buy, Orkin, Tennant, SupplyWorks, Office Depot, Staples, US Foods, Johnson Controls, SimplexGrinnell, Sears, Tyco, and more. In other words, businesses that provide products that those in the public assembly venue world use.

Liivak cited an example with Grainger that was obviously received favorably by his bosses in Tucson.

“We were able to get discounts with Grainger and initiate a relationship with our local rep,” he said. “After working in Richmond for over two years, we had never met our Grainger rep, but as soon as I associated our local account with the RedZone account he set up a meeting with us to discuss our options moving forward.

“The rep gave us an across-the-board discount, additional categorized discounts for items we frequently purchased as well as informed us of all the safety and service audits they could provide or coordinate for us as a valued customer. It was an amazing turnaround for a company that we only used in worst-case scenarios due to their high pricing.”