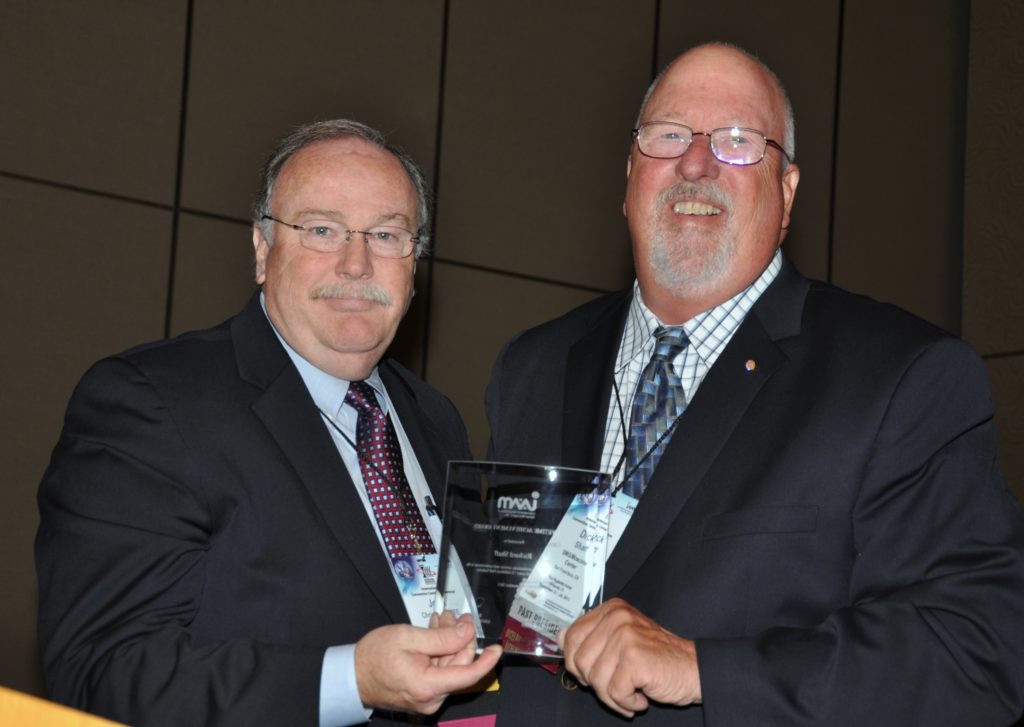 Longtime and influential IAVM member Dick Shaff passed away this week. He was vice president and general manager at SMG/Moscone Center in San Francisco, California. Our thoughts and condolences are with his family.

Shaff was an integral part of IAVM, serving on several committees and on the board of directors. He was chair of the IAVM Foundation in 1988-1989 and president (now known as chair) of the association in 1994-1995. He received IAVM’s highest honor, the Charles A. McElravy Award, in 2002. In 2011, he was selected as the recipient of the International Convention Center Conference (ICCC) Lifetime Achievement award. 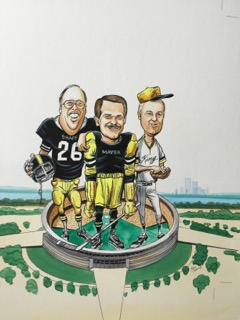 “I was fortunate to get to know Dick Shaff when we both served on the IAVM Board of Directors in the early nineties,” said Bob Mayer, CFE, former IAVM chair and the 2014 recipient of the ICCC Lifetime Achievement award. “Dick was the quintessence of being a mentor to so many in this industry, and I learned so much from him during the year that I served as association chair. His guidance, honesty, humility, and willingness to think outside-the-box helped improve IAVM, and me, in so many ways. The tremendous impact that he had on the industry is immeasurable and his contributions, friendship, and leadership will be missed by everyone who had the honor and privilege of knowing him.”

Several of Dick’s friends and colleagues also offered their thoughts and remembrances.

“I have lost a dear friend, and colleague, and the industry has lost a true icon and leader. He was a mentor to many and an example for all of us. This wise and gentle man will be missed but his impact and character will not be forgotten.” — John Christison, CFE, CMP, president of BCI+network LLC

“I am deeply saddened to hear the news about Dick. When I was a newbie in this industry, Dick was one who was there to help me along the way. I will always be grateful to him for his kindness, guidance, and being a friend. May his memory be eternal.” — Peggy Daidakis, executive director of the Baltimore Convention Center

“Dick and I became close colleagues, with a great appreciation for each other, while serving together as IAVM senior officers as well the Executive Committee. His candor and direct approach was incredibly valuable in his various leadership roles he executed on behalf of the membership and the industry at large. He was an incredible man, full of wisdom and compassion, always willing to encourage and equip those in need. Both Marilyn and Dick were a special duo wherever they walked. He will be sorely missed.” — Dexter King, CFE, former president and CEO of IAVM

“With the unexpected passing of Dick Shaff, our association and the industry has lost one of its premier leaders. A consummate professional, whose membership dates back 50 years with IAAM and now IAVM.

“Truly a leader from the onset, he involved himself in committee work and became chairman on many of those. He chaired the IAAM Foundation and led the creation of the Silent Auction. He, too, was a district vice president and association president in 1994-95. Obviously very active, he hosted district and annual conferences in his city.

“His skills probably came from those leaders from District VII, when as an assistant general manager in Long Beach, California, he worked for then IAAM President Win Hanssen, who exposed him to the association. At this time, there were a succession of IAAM presidents from the district who influenced Dick and many others. These men—Bill Cunningham, Charlie Graviss, and Bob Thompson—all contributed to Dick’s success. He was one of a new breed of leaders that all became members around that same time and went on to leadership positions within the association, a group that may have sat at the colored table cloths in the back of the room but ascended to the dais during their careers.

“During the early years, when the association was much smaller, the district and annual conference were attended by the members with their wives and family. Relationships were formed and lasted to this day for many. One such friendship group that continues to meet at least annually include the Shaff, Root, Williams, Zerilli, and their wives and often the Wards.

“My personal relationship with Dick and wife Marilyn dates to 1970. While work is his job—and he did that quite well as everyone can attest knows of the successes of the Moscone Center—his love of family was his life. With Marilyn, children Lorrie and Greg, and his grandchildren, he cherished his free time with them. From the early days on the sidelines, teaching them to water ski or supporting their many interests, including 4H where he assisted them and purchased the product, he did it all without reservation.

“The support of his local teams, the 49ers and the Giants, was evident from seeing his attire as he enjoyed season tickets and the comradery of those with him. His respite was his retreat to the Delta but even then his leadership didn’t escape other owners, as he was elected the president of their ownership group. Just to prove the old saying, ‘You ask the busy guy to do the best job.’ For all who knew him, he was a friend, mentor, and all-around good guy. He worked hard and played hard. One of his latest personal passions was his Harleys and rides with industry friends like Cliff Wallace and his SMG colleagues. On weekends, you could see him on rides in the foothills or oceanfront with his grandson on the back.

“Whether it is a staff meeting, boardroom, or labor negotiation, Dick was beyond reproach. His fairness can be verified by all who knew him, a dear friend who will be dearly missed.”— Leonard Zerilli, CFE

About the Author
Jason Hensel is IAVM's senior editor. A graduate of the University of North Texas, he's passionate about books, reading, improv acting, and bacon.
Social Share
5 Comments