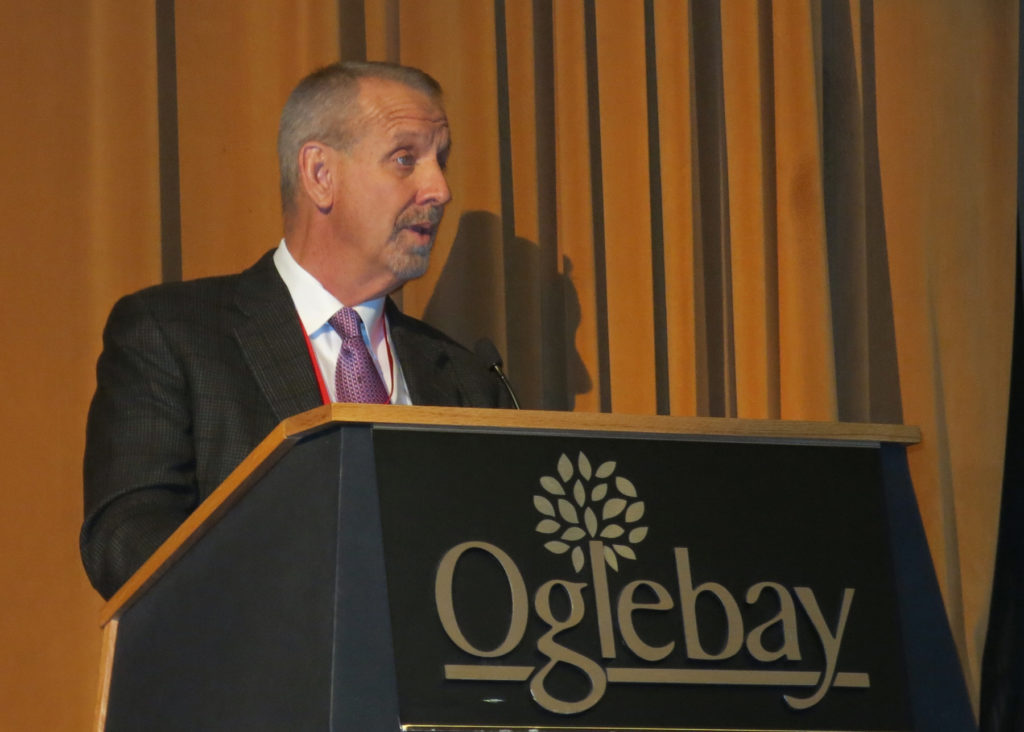 Richard Andersen, CFE, sat in the crowd last Thursday evening with fellow instructors and students for closing remarks of the 2017 Venue Management School (VMS) at Oglebay from Board of Regents Chair Cheryl Swanson, CFE. Part of those remarks would include the announcement of the recipient of the Ray Ward Award, bestowed upon an individual associated with VMS whose dedicated service and extraordinary contributions over a period of at least six years have resulted in significant and long lasting improvements to the overall success and quality of the school. The award was created and initially presented to namesake and industry icon Ray Ward in August 1996.

“Cheryl was literally up at the podium making some remarks,” Andersen said. “She said a couple of things and the next thing I heard was my name. That made me realize, that, wow, this is something. A couple of people sitting at my table looked at me and were also like, wow! I was really humbled, truly humbled. I had a really hard time finding words to even speak to what had just happened.”

What had just happened was the recognition of Andersen into a most select group of individuals, a group that volunteers time, effort and energy into IAVM’s premier educational school that builds future industry leaders. Andersen, President & Chief Executive Officer of Seafair, the premier festival management company of the Pacific Northwest based in Seattle, is in his own right an Oglebay icon. As a Past Chair and ongoing faculty member, Andersen holds the school in high regard.

As for receiving the school’s highest honor, Andersen said it was something clearly unexpected.

“I hadn’t even thought about it,” he said. “It wasn’t like, ‘Will I ever get this or not?’ I realized that there a couple of people who are really well deserving that I thought that it was time to acknowledge them. But to mentioned in the same breath as so many before me that had received this award … I mean, I know Ray Ward. He was the original dean when I first started at the Graduate Institute.

“I’m looking out at the crowd and can tell you that Adina Erwin was in her first year teaching when I went through the school. Brad Mayne was on the faculty. Russ Simons was my homeroom monitor which was how I met Russ. Now I’m a monitor with Russ and Michael Marion. Russ is a recipient. Kim Bedier is a recipient. Bob Hunter, Craig Lovett, they’re all still teaching there.”

Andersen has expanded his own teaching horizons to lead four times at the VMA Venue Management School in Australia, the last three years as part of their faculty.

“As long as I have the opportunity to teach at VMS or at the VMA school I am always fully committed to and in some small way want to try to add value to what’s going on at the schools,” Andersen said. “But to now be mentioned in the same breath as people who received that award for teaching and still teaching is pretty awesome.

“It’s really an honor and again I was just really humbled and appreciative to be recognized amongst so many other great people and iconic people in our industry. I was grateful to be recognized.”

And it might be added that certainly Richard Andersen was deserving of the recognition.