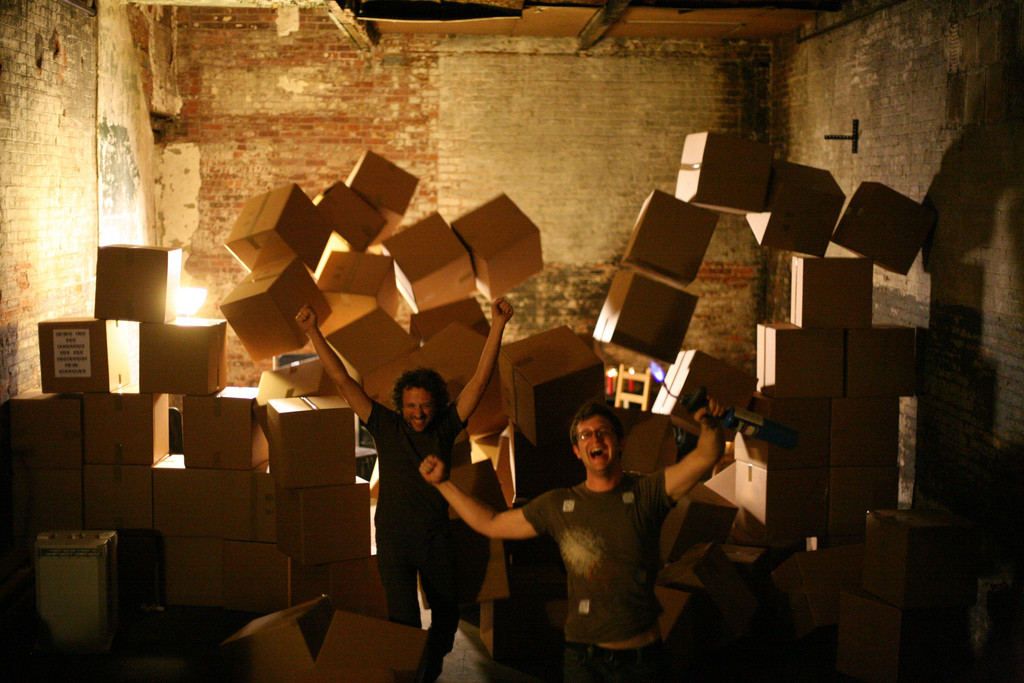 I graduated college in 2005 and was lucky enough to get a gig at Strathmore, an arts complex in Bethesda, Maryland, where I had interned the year prior. I’m certain I bombed the interview. They still poke fun at me about how I was expecting to have “more time to play video games” now that I was out of the college grind. WHAT A MORON! I guess I was lucky enough to have the other, more interview-ready competition get other job offers. I still remember the offer call. You ready for this? I accepted under the condition that I could have my already scheduled beach week one week after I was to start. ARE YOU KIDDING ME?!?!?!! If I was my boss, I not only would have laughed on the other end of the phone, I would have retracted the offer. Yet I think he was desperate. Yup. He must have been because he agreed. He never let me forget that either…but I still had a job. So far so good.

As a communications and music double major, I didn’t have the foggiest idea of what venue management entailed, and as Strathmore had just opened a new concert hall, there wasn’t a whole lot of past practice for me to learn from. I made my way…somehow…and went from a glorified paper-pusher to operations manager after about 16 months. I think at the time, my only real qualifications were that I managed to not get lost in the building and didn’t get anyone killed.

Shortly after the promotion, I was told that I was signed up for IAAM. Boy was I stoked for the new magazine subscription! When I got my first issue and started to look at the pictures (I’m not much for words), I realized what I really had been given—an opportunity to right all my previous bone-headed, immature, wrongs and actually learn how to be a venue manager. I jumped at the opportunity.

I read each FM issue from cover to cover. I remember the day I saw the ad for the Mentoring Program. I was 23 and living in my mom’s basement and it said “free” so sign me up! The experience got me in touch with a wonderful mentor, Terry Genovese, CFE, who I will never forget for the advice, the connections, and the opportunities she afforded me. She encouraged me to apply for PAFMS (now Venue Management School). She called ahead to industry pillars like John Siehl, CFE, and Adina Erwin to warn….I mean…let them know that a rookie who she was humoring as a mentee was headed their way and to try not to let me do anything stupid. They took time to seek me out, introduce themselves, and offered their support in finding my niche. After that week in Oglebay, I think I knew this was in my blood. From that moment on I was drinking the Kool-Aid and preaching the gospel to anyone who would listen.

A few years ago I heard a taskforce was being assembled to promote and add value to the Young Professionals membership; I immediately threw my hat in the ring to be a part of it. Now as the chair of the soon-to-be Young Professionals Committee (read—“HERE TO STAY!!”), I couldn’t be happier to be in the position to help younger folks to utilize what IAAM, now IAVM, has to offer to the future of this industry. I owe my livelihood to getting that first chance at employment and then working every last ounce of opportunity I could out of that “magazine subscription” called the International Association of Venue Managers.

If you’ve read this far (thanks for that btw), I ask two things, 1: If you are still early in your career in this crazy industry we love so much, reach out to me or anyone involved in the Young Professional Committee, Mentoring Program, or Universities Committee as soon as you can. We’ll find you some way to get involved, and we’ll drop what we’re doing to give you the guidance and resources that so many of us benefited from. And 2: If you have the opportunity to recognize staff or students in your organization that just might need a taste of what IAVM has to offer, get them to us. Let us speak in you classrooms, or send them to us for a shadow experience or internship. The future VMS instructors, committee chairs, and mentors of this industry need to start their journeys today!

If I managed to make something of myself through IAVM, anyone can.  Help me make some more Kool-Aid, and if you’re thirsty, we’re serving!

Hope to see everyone in Baltimore!

About the Author
Mac Campbell is director of client services at the Baltimore Convention Center, chair of the Young Professional Task Force, and vice chair of Region 1.
Social Share
2 Comments