The Detroit Regional Convention Facility Authority (DRCFA) has approved renewal of SMG to continue management of Cobo Center. The agreement is for another three year term, continuing a long-standing relationship between SMG and the DRCFA.

“We are pleased to have finalized this agreement with the authority,” said Claude Molinari, general manager of Cobo Center for 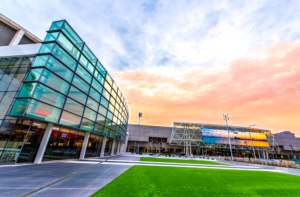 SMG. “We’ve come a long way in rebuilding the brand, reputation and operations of Cobo Center and look forward to continuing in the next chapter of Detroit’s historic comeback.”

“The renewal of the SMG contract to manage Cobo Center is a well-earned vote of confidence by the Detroit Regional Convention Facility Authority Board. They have been a strong partner in rebuilding Cobo Center and taking it to the best in class. It is not an overstatement to say that the entire region has benefitted from SMG’s extensive experience in managing convention centers. The DRCFA Board is appreciative of Claude Molinari, Thom Connors and Bob McClintock for their strong leadership,” said Larry Alexander, DRCFA Chairman.

The DRCFA first entered into a contract with SMG to manage center operations in 2010, at the start of the facility’s recently completed $279 million renovation. Cobo Center remained open during the five-year construction period, and rebuilt the business model, resulting in a $20 million reduction in operating deficit, quadruple the number of major events held annually in the center, and a complete transformation of the customer experience to one that is “centered around you,” the new tagline of the brand.

During the prior SMG contract periods, Cobo Center achieved many milestones in reinstating the convention center’s world class status. In 2015 Cobo Center was the ninth U.S. convention center to receive the GMIC ASTM/APEX certification for sustainability, and was re-certified in 2017 prior to hosting the Sustainable Brands 2017 conference in May. A new Technology Services Department was recently formed to create a complete technology offering to customers that includes facility-wide free WiFi, 10Gb Internet, a full-service broadcast studio with fiber network, and more than 100 digital signs. Cobo is also now known in the industry for its top-notch security service because of its partnerships with federal, state and local law enforcement agencies to create a collaborative security effort for all major events, such as the North American International Auto Show, hosted annually.