Goldenberg comes to the performing arts center with 20-plus years of industry experience, most recently serving 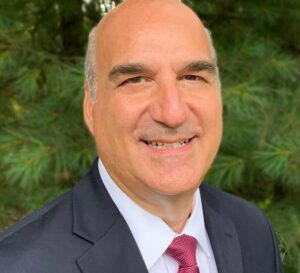 as general manager at the House of Blues in Boston, Mass. During his tenure from 2013 to 2019, the venue was ranked the No. 1 club by Billboard Magazine and No. 1 club in the world by Pollstar. As general manager at Carteret Performing Arts and Events Center, Goldenberg will oversee operations, project management, strategic marketing, business expansion, vendor relations, sponsorship sales, and contract negotiation.

“When I left my home state of New Jersey to embark on my career in the entertainment industry, I always had hopes of coming back to my roots here–I couldn’t be more excited to do so at the new Carteret Performing Arts and Events Center,” Goldenberg said. “I’m honored and grateful for the opportunity to work alongside the team at Spectra and introduce this brand-new center to the greater Middlesex community and beyond.”

Carteret Mayor Daniel J. Reiman added: “Spectra has artfully helped us navigate the opening of our new facility through these challenging times, and we’re happy to have a seasoned professional like Jeffrey onboard to help guide the performing arts center into the spotlight of Carteret’s budding Arts District.”

Spectra—whose local clientele include the Wells Fargo Center in Philadelphia, the Atlantic City Convention Center, and CURE Insurance Arena in Trenton—has been signed on to the Carteret project since it first broke ground in 2018.

“With its prime location in close proximity to major hubs in the greater New York and Philadelphia metropolitan areas, we look to have top-notch acts coming through here as soon as it’s safe to do so,” Mike Ahearn, Senior Vice President of Operations for Spectra, said. “During today’s difficult times, we need a strong and steady hand driving this operation. Jeff is an exceptionally talented manager and the perfect person to lead the Carteret team into its grand opening this year.”