Spectra, the providers of venue management and food services and hospitality to the Owensboro (KY) Convention Center and the Owensboro Sportscenter, announced some promotions and welcomes a new member to their Owensboro team.

Jessica Wilson Beckmann is now the director of the Owensboro Sportscenter. She was born and raised in Owensboro, a graduate of Daviess County High School (2005), and a KWC Lady Panther Basketball Alumni (2005-2007). Jessica graduated from Southern Illinois University Edwardsville with a Bachelors in Business Administration, specializing in Sports Management and Marketing. She has attained the designation of Certified Event Management Expert (CEME), is a graduate of Venue Management School (VMS), and recently received the Certified Venue Professional (CVP) designation from IAVM.

She has spent the last 10 years in the St. Louis area managing events at a variety of venues including a casino, convention 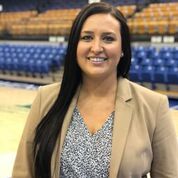 She joined Spectra Venue Management at Chaifetz Arena in 2015. In her three years with Spectra, she has worked with clients such as the St. Louis Sports Commission, the Olympic Committees, NCAA, AEG, and Live Nation.

“The Owensboro Sportscenter is nostalgic for me,” Wilson Beckmann said. “I look out the window of my new office and I can see where my grandfather Bullet Wilson, KWC Hall of Famer, coached. Like many others, I grew up on the sidelines of this arena in the heyday of the Ray Harper and Bruce Pearl rivalry. My family history is tied to this building, the tenants, and this city. I’m grateful for the opportunity to be back home to help grow the Sportscenter and continue to bring a number of new events to the facility.” 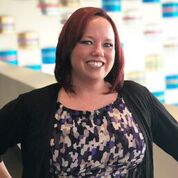 Prior to her work with Spectra, she worked as an inside sales manager for Dell, Inc. as well as a supervisor at Gaylord Opryland Resort and Convention Center, both in Nashville.

Heather graduated from Kentucky Wesleyan College with a Bachelors in Communications with an emphasis on Public Relations and Advertising. She has an Associate’s Degree from Owensboro Community and Technical College in Organizational Communications.

Cody Ball has been promoted to operations manager at the Owensboro Convention Center. Cody joined the Spectra team in 2017 as a 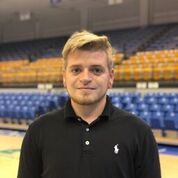 housekeeping lead and quickly transitioned over to setups and AV, including the new videoboards at the Owensboro Sportscenter. “We look forward to great things from Cody in his future with Spectra,” said Allen Herzog, director of operations.