by R.V. Baugus
#owensboroconventioncenter, Spectra
Comments are off

Spectra, the providers of venue management and food services and hospitality to the Owensboro (KY) Convention Center, announced two promotions and welcomes a new member to the Owensboro team.

Michelle Pessia has been promoted to Sous Chef. She graduated in 2011 from the Culinary Program at OCTC, and began working as 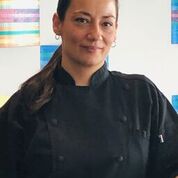 the Kitchen Supervisor with Spectra in 2017. Michelle has assisted in many sizable events, such as the Owensboro Convention Center’s signature five course Cork and Cuisine dinners, corporate holiday parties, and over two dozen local weddings. Her skills as a saucier and pastry chef help add special touches to each dish prepared. “Michelle is a team player, and her experience and dedication have proven that she is the right fit for Sous Chef,” said Mark Pruett, Director of Food and Beverage. 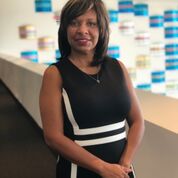 A graduate of Western Kentucky University, Angie Hanley has been part of the Owensboro team since the building opened in 2014. She began working part-time in guest services and moved to full-time in 2015 when the position of event manager became available. While in that role she worked with couples planning their wedding ceremonies and receptions at the Owensboro Convention Center. Angie is now the wedding sales coordinator and is excited to assist future guests in planning their perfect day.

With Angie’s transition to wedding sales coordinator, Katy Holland joined the Owensboro team in March as an event manager. A graduate from Kentucky Wesleyan College, Katy has lived in Owensboro her entire life and has served as an intern in the events department at the Louisville Country Club for two summers and has worked with two professional sports teams.