Kevin Twohig, District CEO, announced in September that he will be retiring at the end of 2017. The District engaged Venue Solutions Group to lead a national search process and recently conducted a series of candidate interviews.

Curran, who has been an employee of the District since 2003, has served in many roles ranging from Event Supervisor to Assistant General Manager of the Spokane Convention Center and INB 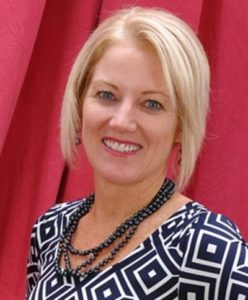 Performing Arts Center to being named General Manager in 2015.

Curran brings a wealth of experience and knowledge in event and facilities management, community partnerships, and fiscal awareness of the District. She is highly regarded and respected in both the greater Spokane region and the public assembly venue industry.

“Stephanie’s current depth within the District, her energy and vision for a fast-paced, evolving and competitive event planning environment makes her uniquely qualified for this position,” said Marty Dickinson, District Board member.

The transition will occur on February 1, 2018. A formal transition plan will be in the works for the next 90 days with Curran and outgoing CEO Twohig.

Larry Soehren, District Board Chair, said, “We are excited to have Stephanie step into this role. She has been committed to the District for many years and has demonstrated an excellent ability to effectively lead our exceptional facilities like the INB and Spokane Convention Center.”

“I am very pleased to see Stephanie emerge as the successful candidate from what was an extensive national search process,” added Twohig. “I have great confidence in her ability to lead the District.”