Prior to Bluesfest, Romer was Chief Executive of the Venue Management Association Asia Pacific (VMA), the peak 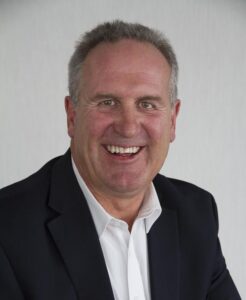 He was also the former General Manager of the Sydney Entertainment Centre (SEC) responsible for the venue’s live music concerts, family shows, corporate events, and sporting events. During Romer’s tenure the SEC was ranked the #2 arena in the world, according to Billboard magazine.

In 2012 Steve was the recipient of the prestigious ‘Venue Professional of the Year’ award.

TEC Chairman Tim Dwyer welcomed Romer’s appointment and commented, “On behalf of the Board we are thrilled to have Steve as our new General Manager and look forward to his leadership, skills, and experience in shaping the future of the TEC.” Dwyer also gave a heartfelt thanks to retiring TEC General Manager Gary Mears, who provided “outstanding leadership and many significant contributions over the past seven years.”

Rebecca Kearney is Marketing Coordinator at The Events Center, Caloundra.