IAVM member Sue Wieman has retired from the La Crosse (WI) Center after 21 years at the venue and 36 years overall in La Crosse city government. 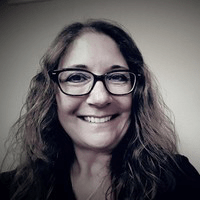 Wieman started with the police department in 1985, and went through other departments until going to the La Crosse Center in 2000. She held several positions there with the most recent being business manager. She also supervised the box office and coordinated many other events including concerts.

As the venue undergoes expansion, Wiemn decided the time was right for the next phase of her life.

“A lot of people think that what we do is concerts, because we have the arena,” Wieman told local media. “Concerts are a big part of who we are, but we also do a lot of conventions, trade shows, meetings, weddings.”

Before departing, she also shared her thoughts for the business that will come in the future as a result of the expansion.

“It’s always exciting here because it’s not another type of business where we do one thing,” she said.

Wieman plans to stay active with a wellness and nutrition business.