Finalizing an agreement first announced in August of this year, Thailand Carpet Manufacturing Plc. (TCM) has completed their acquisition of Tai Ping Carpets’ commercial business. The deal marks Tai Ping’s strategic exit from the volume & machine-made commercial market to focus on its artisan roots, while firmly positioning TCM and its Royal Thai Brand as the world’s largest producer of Axminster carpeting. TCM also announced that it has named Tai Ping executives Bill Palmer and Mark Johnson as co-CEOs of the new Commercial Business.

The transaction resulted from an alignment of interests between two of the carpet industry’s global giants. In recent years, as Tai Ping’s portfolio had 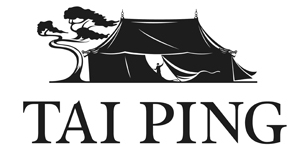 expanded to include six individual carpet brands across multiple sectors, a consensus arose among the Hong Kong Stock Exchange-listed corporation’s
board of directors that, strategically, the company would benefit by narrowing its focus to a single area of targeted growth. The acquisition will consolidate the 1956 by Tai Ping brand under the Royal Thai banner, while Carpets Inter, with its strong brand equity in the carpet tile market, will continue under that name focusing on the corporate sector within the TCM organization.

This direction enables the commercial businesses to continue flourishing with renewed importance under new ownership while the proceeds of the sale will
serve to fuel Tai Ping’s recommitment to the core artisan business on which it has built its name for over 60 years.

In TCM, Tai Ping found a buyer who was already keenly focused on ramping up its flooring business, spearheaded by its signature commercial carpet brand, Royal Thai. The two companies also share a history of parallel interests and mutual cooperation dating back to 1967, when they joined forces to launch a carpet manufacturing business in Thailand (which Tai Ping eventually divested in 1999).

Commenting on the transaction, Sir Michael Kadoorie, representing the company’s major shareholders, said, “Collectively the commercial divisions of Tai
Ping have been one of our great successes of the past decade. Their value is a testament to the hard work and resourcefulness of our managers, and we felt strongly about leaving them in good hands. Having known and worked for decades with the Srivikorn family, the major shareholders of TCM, we have full faith that TCM, under the leadership of Chairman Mr. Pimol Srivikorn and his excellent team, will foster growth on a global scale and take these businesses to even greater heights.”

Echoing these sentiments, TCM Chairman Pimol Srivikorn added, “This year marks TCM’s 50th anniversary, and I can think of no better way to mark the
occasion than by staking our claim to global leadership of the commercial carpet markets. We welcome Tai Ping’s outstanding commercial team to the TCM family and are committed to giving them the resources and support required to achieve even greater successes.”