by Jason Hensel
holograms, technology, virtual reality
Comments are off 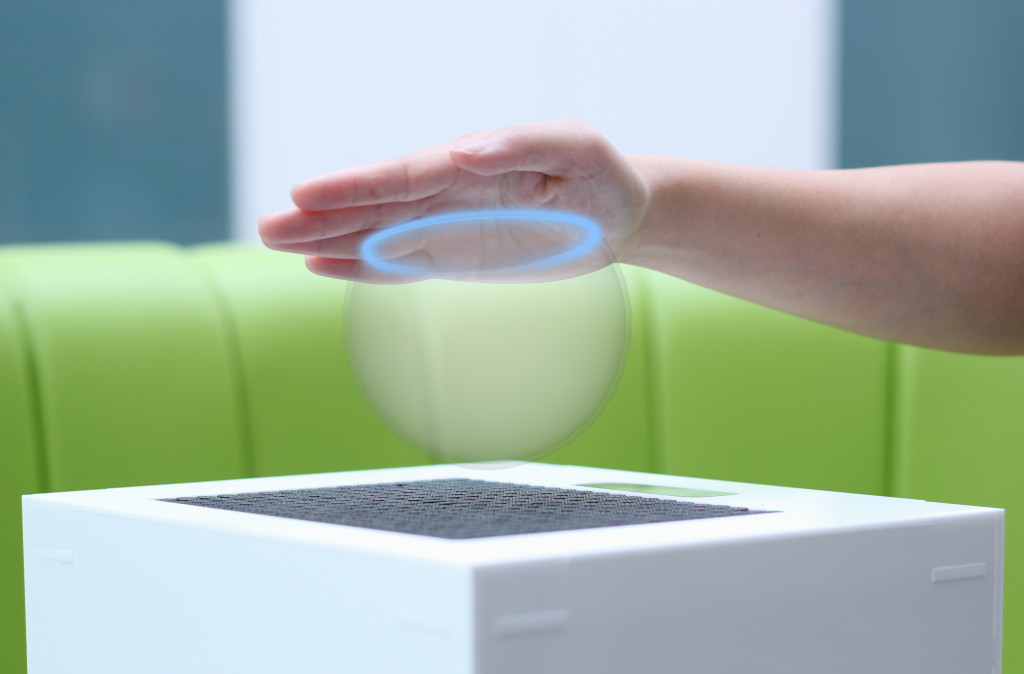 Imagine putting on your virtual reality (VR) device and shooting hoops in your favorite arena. That scenario is one step closer thanks to technology developed by Ultrahaptics. The technology allows VR users to receive tactile sensations from 3-D objects floating in mid-air. It does so by using sound waves on your skin.

“If you go to a night club or a rock concert, you feel the music in your chest. And it’s the same principal—you feel the sound vibrating your chest,” Professor Sriram Subramanian told Reuters. “And instead of using the bass sounds, what we use is low frequency ultrasound—about 40 kHz—and that way we can target it at a precise point on your finger tip or on your palm, and then you feel the palm vibrate and it feels precise as well.”

The device is still in the prototype stage, but the company recently received a $900,000 investment that will help speed along development.

Subramanian said that as the touchless technology (think, waving your hand to turn off a light) trend continues, more people will want tactile feedback.

“You can see the object and maybe you can interact with this object visually, but you don’t feel anything,” Subramanian said. “What we’re offering is that missing feeling [of] these holographic objects. That I think is the crucial distinction as well as the advantage of what we’re offering. We’re not saying get rid of the holographic display. What we’re saying is, attach our system to it and then you can start feeling objects as well as seeing them. This gives you better finesse, control.”

More of the story can be found on Reuters.