by R.V. Baugus
#jaredsmith, #ticketmaster
Comments are off

Jared Smith is stepping down as global chairman of Ticketmaster at the end of the year after more than 17 years with the ticketing giant.

In August, Smith was promoted to chairman of the combined North America and International teams as it looks to become a “truly global” self-service ticketing platform.

According to the announcement published by online news website Sportico, Smith and the chief executive of Live Nation Michael Rapino have reportedly had ongoing discussions over the past few years regarding a succession plan.

Smith said that the COVID-19 pandemic provided the opportunity to make the move.

He said in an interview, Sportico reports: “The company deserves to have the person who’s going to be here long-term 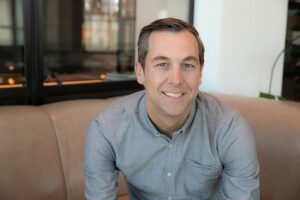 making the hard decisions right now of what it should look like.”

Smith will stay on through the end of the year to help with the transition.

He said: “I owe my entire career to sports and entertainment. I love the business, the people, the dynamic relationship between the consumer and the product.

“As I evaluate opportunities, whether it’s within or outside the live event industry, the most important thing to me is finding an opportunity with great growth potential that leverages my experience of building innovative products, high performing teams and operating at real scale.”

Ticketmaster and its parent company have been hit hard by the COVID-19 pandemic, which shut down live events almost overnight in March. The majority of Live Nation’s shows were postponed or cancelled in 2020, with the company claiming that 86 per cent of fans have opted to keep tickets for rescheduled shows, as opposed to seeking refunds.

However, Live Nation’s 2020 financial results for the three months to end of June showed that its global ticketing operation posted negative revenue in the quarter, due to customer refunds.

Despite aggressive cost-cutting measures, the live entertainment giant furloughed and laid off hundreds of its North American workforce as a result of the pandemic in April. This was followed by a series of cuts in May that affected 2,100 of its 10,500 employees across multiple divisions at the company to reduce costs by $600m as live events remained dormant.

In September, it instigated a further round of furloughs across its US venues and Ticketmaster North America divisions. It is estimated that hundreds of employees have been affected by the cost-reduction measures brought on by the continued strain of COVID-19, although the exact number of cuts are unclear.