by Jason Hensel
Ohio, sports, stadiums
Comments are off 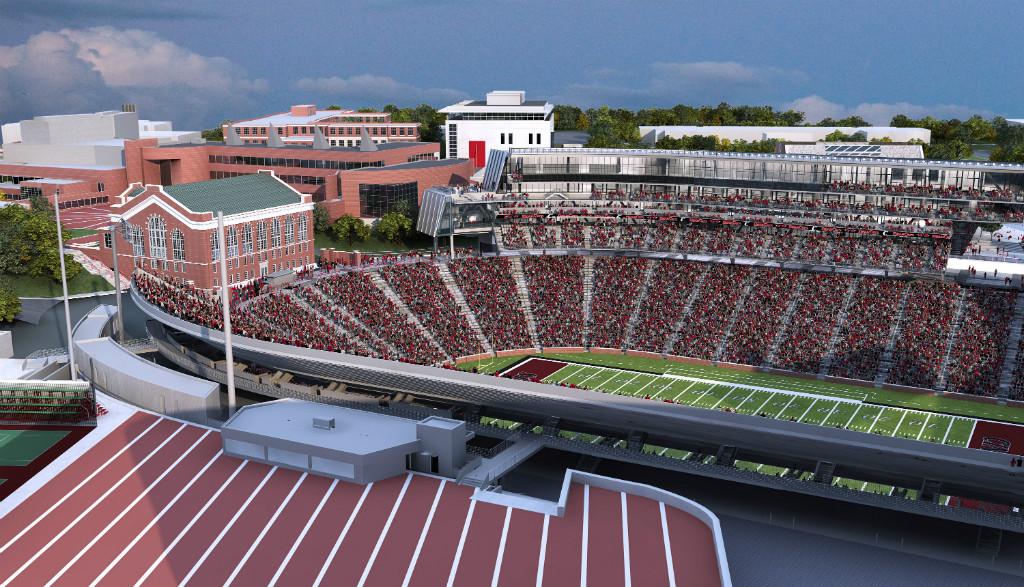 “It includes a structure on the west side that stretches for almost 130 yards and rises five stories above the stadium concourse,” Bill Koch reported for GoBEARCATS.com. “It contains four levels–a press and operations suite with seating for 100 reporters, a suite level, patio suites level, and scholarship club seats level.

“UC will go from having almost no premium seating options to the addition of 1,100 scholarship club suites and more than 50 indoor and outdoor suites of varying sizes,” Koch continued. “In addition, the concourses on both sides of the stadium have been widened and furnished with new restrooms and concession facilities.”

Working in conjunction with UC’s Office of Planning, Design and Construction, the Architect of Record for the project is Heery International. Architecture Research Office is the design architect, and Turner Construction Company is the construction manager.

Tuberville had praise for Turner Construction.

“They’ve put together what’s going to be, and will be for a long time, the best on-campus and prettiest on-campus stadium that you’ll see,” Tuberville said. “And I’ve been in most of them around the country.”

Nippert Stadium is set to reopen on September 5.