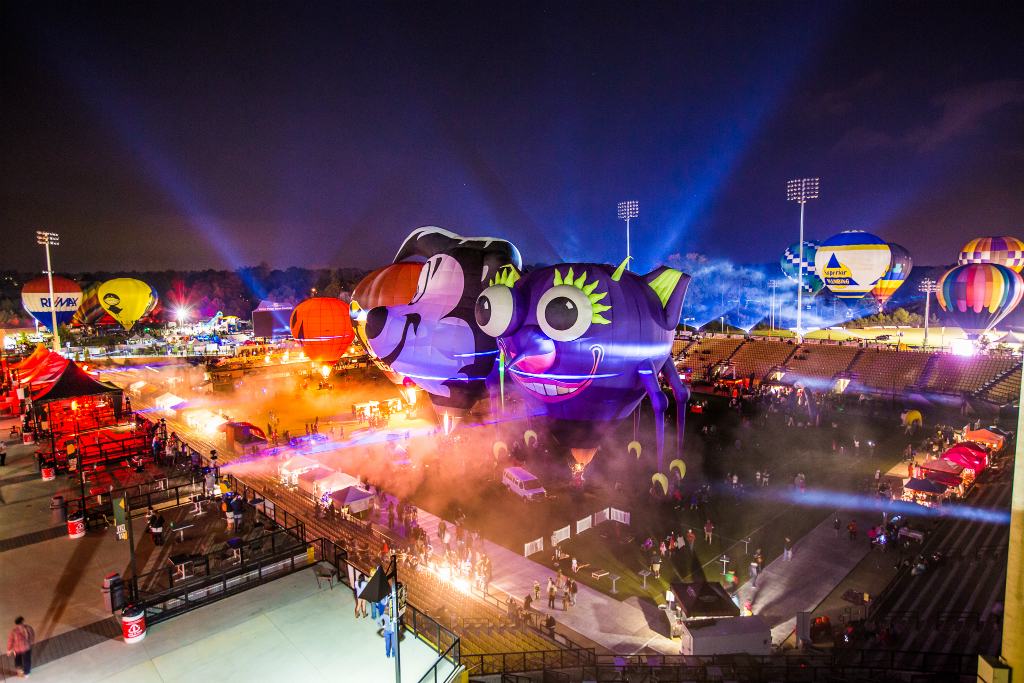 I am currently a sophomore at Kennesaw State University (KSU) in the metro Atlanta area of Georgia. I am studying marketing with a concentration in sports marketing. Kennesaw State University is a non-traditional school, meaning a very high percentage of the student population is in the work force. With that being said, it is somewhat difficult to find work in the surrounding area of the second largest university in Georgia with more than 25,000 students.

The overall goal for many students who work is to find an exciting job that is beneficial to a future career. I found a position with Night Owl Productions, which is a student-run entrepreneurial venue management group that provides support for KSU’s Sports and Entertainment Park, including the Fifth Third Bank Stadium. This is my second job and a much better fit for me than working at the mall.

I got involved with Night Owl Productions my freshman year because one, it looked like an awesome job working concerts, sporting events, and festivals, and two, because I needed some extra cash. I started out as a—what we call “crew call”—worker who only worked on the day of events. I did this for the fall and realized that the event world was something I was passionate about. The following spring, I was promoted to a part-time worker for the facilities department doing the hands-on grunt work, which I loved.

A couple months later, an opportunity arose to interview for the role of executive lead of Night Owl Productions, and I thought I might as well interview for it. Fortunately, I was blessed with the position. I think the full-time staff was impressed with my leadership qualities and could see that I was ready to work hard and eager to learn. Night Owls have a motto, “Whatever It Takes,” and I had shown that no job was too big or too small, and all jobs are important when you are helping to orchestrate events and running a venue.

We have hosted four major events this fall: the Major League Lacrosse Championship, the Backyard Bash featuring Corey Smith and Love and Theft, the Kennesaw State University Homecoming football scrimmage and concert featuring by Wiz Khalifa and Ty Dolla $ign, and our own two-day hot-air balloon festival called Owl-O-Ween. All events we host are run by students in Night Owl Productions in all aspects. We provide street teams, ticket sellers, ushers, production assistants, conversion, runners, and hospitality staff. In addition, we staff our own KSU sporting events that are hosted at the stadium. This fall, more than 66,000 fans were served and Night Owl Productions hired more than 200 students who worked these events.

We hosted our first ever Homecoming inside our stadium this year. The football team’s scrimmage was the first time the public was able to see our new NCAA Division 1 football team in action. After the scrimmage, we transformed a football field into a concert set-up in exactly two hours! The concert attracted 9,100 paying fans to see Wiz Khalifa.

Just two weeks later, we held our first ever two-day festival called Owl-O-Ween, which we stepped up from being a one day event last year. It is Atlanta’s largest costume party and only hot-air balloon festival. Over the two days, we drew 32,000 patrons into our venue, and this event was recognized by Cobb County Travel and Tourism as the “Attraction of the Year.”

I am sharing the story of my current job to highlight the importance of getting started early in the venue world. I have already been able to attend one IAVM VenueConnect conference in Oregon, which was life changing! Since I did start so early, I have three whole years to maybe be able to attend more IAVM conferences and keep contact with all the amazing venue leaders in the country I was able to network with while interning. I will have the advantage of having real-world experiences and working in a variety of positions. This job will afford me the opportunity to learn both front-of-house and back-of-house operations, as well as the business model that makes it work.

Becoming a part of the venue industry is simple as long as you start early and work hard. I started at the very bottom, but with hard work I was able to earn my stripes and quickly work my way to a position of leadership. Now I am privileged to learn things at 19 years old that most people do not experience until they are much older. Getting my career started early, of course, helps prepare me for the future, but it also makes school much easier. Now I am able to relate everything I am learning in my business classes and apply it to my venue career, and also everything I am learning in the event side and apply that to my classes. Overall, I am lucky that everything fell in to my lap the way it did, or I may not have found my passion or future career.

About the Author
Derrick Palms is a sophomore at Kennesaw State University majoring in marketing with a minor in sports marketing. He's the executive lead of the Student Run Entrepreneurial Production Company, Night Owl Productions, where he leads a team of over 200 students. For more information on Night Owl Productions, visit www.ksunightowlproductions.com.
Social Share
2 Comments