Whether the New Titletown or Tompa, It Has Been a Remarkable Winning Run for Tampa Pro Sports

I sit here in Dallas, Texas, thankful that during the last National Hockey League season the Dallas Stars advanced to the Stanley Cup Final before losing to the Tampa Bay Lightning and the right to drink from Lord Stanley’s Cup. 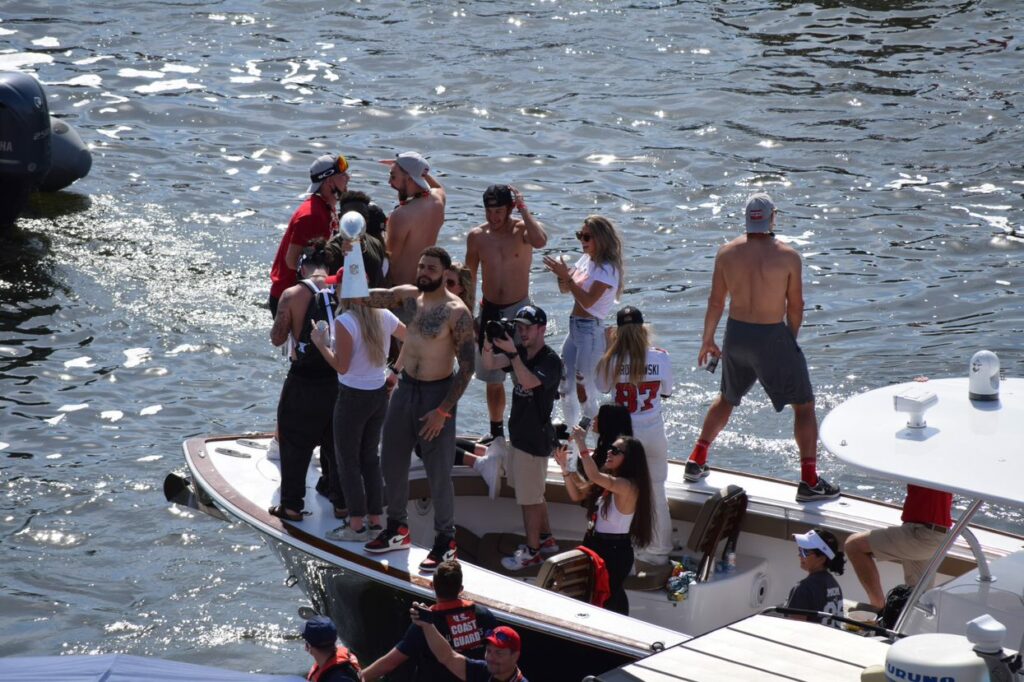 Cowboys after bringing two Super Bowls to the city with the likelihood of more down the line. Since then, the playoffs have mostly been a cricket noise for the Boys. The latest NFL season ended with the league’s darling Kansas City Chiefs falling to a guy named Brady wearing a familiar No. 12 but playing in an unfamiliar Tampa Bay Buccaneers jersey. Yes, that Tom Brady who delivered the trophy to his new team in just his first year as a Buc.

I sit here remembering how just a decade ago the Texas Rangers appeared in back-to-back World Series, but with a rebuild that has seemingly gone on since those Series appearances, those glory years seem much more distant. The most recent Series saw the Los Angeles Dodgers knock off the Tampa Bay Rays at — of all places –our new Globe Life Field in Arlington, Texas. Twist the knife!

I sit here thankful that the Dallas Mavericks delivered the city an NBA championship in 2010-11. Until the team drafted wunderkind Luka Doncic a couple of years ago, though, just see the above paragraph about how the past decade has been pretty much a rebuild for the Mavs. Note: Tampa Bay does not have an NBA basketball team but if they did they would likely win it all in a sports year that has been sizzling and scintillating for the good people and fans of Tampa pro sports.

“We are so proud of our Bolts,” said Kevin Preast, Executive Vice President of Event Management at Vinik Sports Group and the Tampa Bay Lightning, when asked to comment on the incredible run of Tampa sports. “They made the bubble (the Stanley Cup Final was held in Toronto) shine and owned the distant thunder.”

OK, Kevin, I get it, just rip my heart out more time about our Stars losing!

“When you go into a championship run, having a chip on your shoulder works on the ice and on the gridiron,” Preast added, although he could have added the diamond and maybe one day the court.

As Sales & Marketing Manager at the Tampa Convention Center, Juan Lopez, CMP, shares in Preast’s enthusiasm for the sports blessings during a pandemic.

“It has been a tremendous ride and very uplifting for our community during these difficult times that we all have been facing,” Lopez said. “Here at the Tampa Convention Center, there is an outdoor bar and restaurant on our campus called The Sail and Big Ray’s Fish Camp. It was a popular place for the public to come and cheer on the Lightning, Rays, and Bucs during their incredible playoff runs, where we held socially distanced viewing parties.

“As our venue is situated on the Riverwalk along the Hillsborough River, it was a prime viewing area for the Lightning victory boat parade and for the Bucs victory boat parade. For the Super Bowl we spent many months carefully planning as host of the Media Center, Accreditation Headquarters, and Yacht Village. The Riverwalk and neighboring parks hosted the Super Bowl Experience, and out in the Channel was the Jose Gaspar Pirate Ship with a laser and fireworks show on Friday & Saturday night before the game. The Bucs making it to the Super Bowl and winning definitely added to the buzz and excitement.”

Lest we forget, Tropicana Field (home to the Rays) has served as home to World Wrestling Entertainment’s Monday Night RAW and Friday Night Smackdown, while Raymond James Stadium (home of the Super Bowl champions) will host this year’s WrestleMania. Meanwhile, the NBA Toronto Raptors announced they will play the remainder of their 2020-21 season with their “home” games at Amalie Arena in Tampa due to the myriad travel restrictions because of the pandemic.

So, we congratulate Tampa and the many venues that have played a role as its sports teams scaled the highest mountains. To honor the occasion, enjoy the photos below courtesy of Lopez and of course above the famous Super Bowl Lombardi Trophy toss from Brady to Rob Gronkowski (shirtless, holding the trophy) from boat to boat.

Fans watch the Buccaneers deliver a Super Bowl to the city. 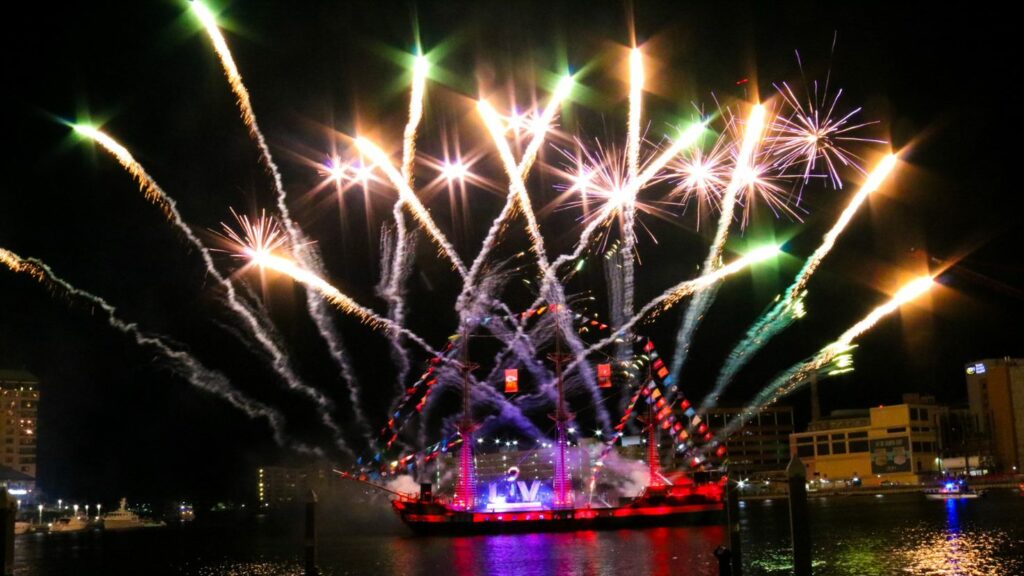 Fireworks from Jose Gaspar light up the Tampa sky. 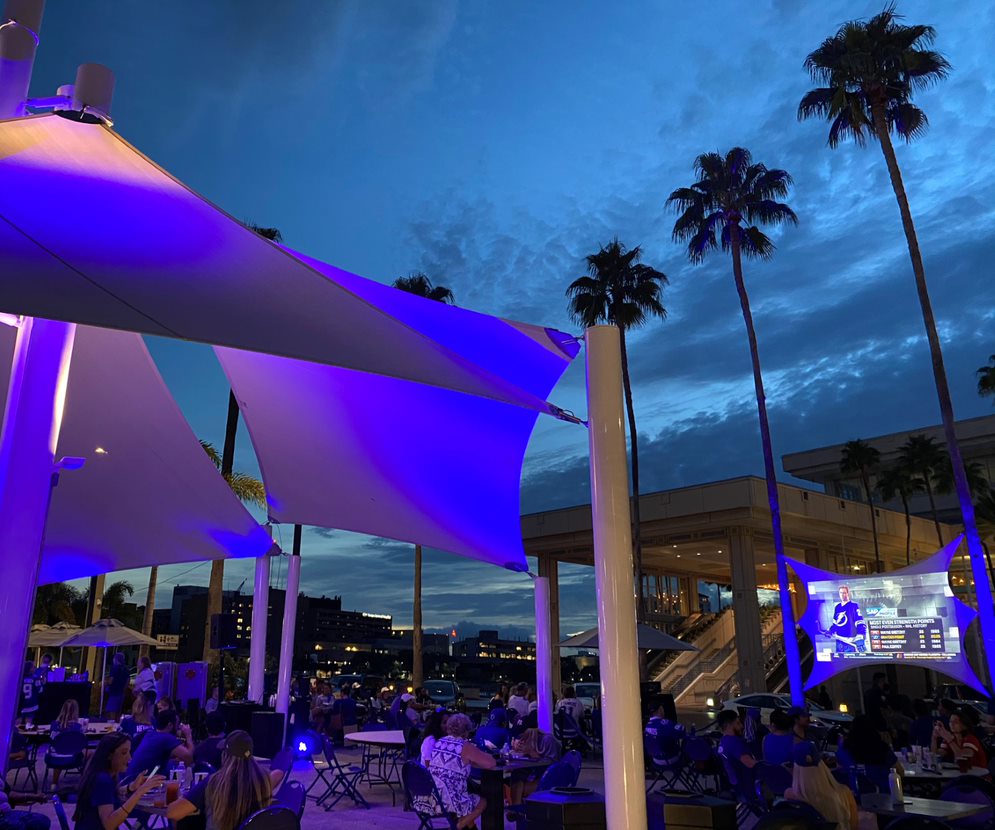 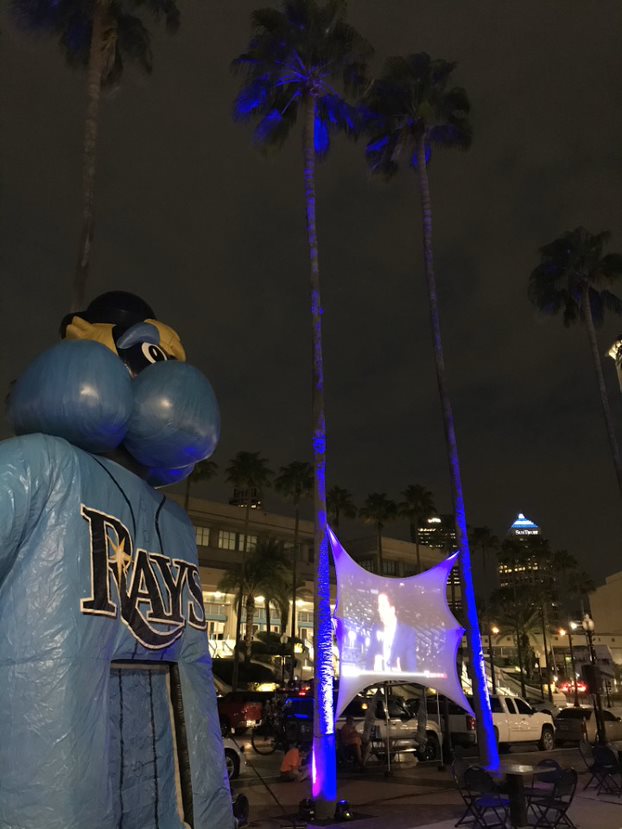 It was World Series’ watching time for fans of the Tampa Bay Rays. 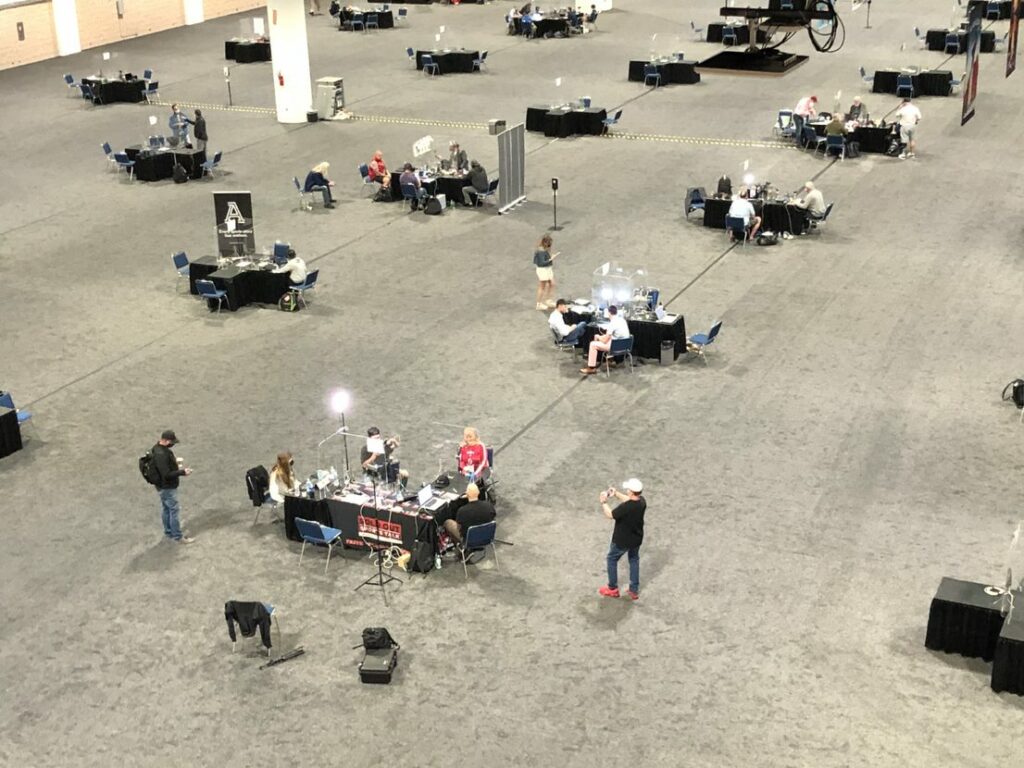 Radio row for the media for the Super Bowl was set up to appropriately socially distance.