Wisconsin Center District (WCD) President and CEO Marty Brooks announced that the architecture team of tvsdesign and EUA has been selected to design the expansion of the Wisconsin Center.

“(Today’s) announcement is a critical milestone in this exciting and ambitious process,” Brooks said. “The 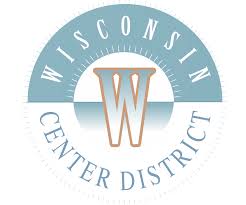 expanded Wisconsin Center will be a facility providing superb, captivating, and buzzworthy experiences to all who enter. We will create jobs, generate economic impact, and capitalize on the momentum that Milwaukee is only starting to feel. It’s the beginning of a new legacy.”

Atlanta-based tvsdesign has most recently completed expansions for the Las Vegas Convention Center, and the largest convention center in North America, McCormick Place in Chicago, IL.

tvsdesign is partnered with Milwaukee-based firm EUA. EUA is best known for designing environments that elevate people’s potential. The 112-year old firm has been involved in many of Milwaukee’s landmark projects including Fiserv Forum, Miller Park, Milwaukee Intermodal Station, Discovery World addition, and dozens of projects on the Summerfest Grounds including the American Family Insurance Amphitheater. EUA is based in Milwaukee’s Third Ward.

“On behalf of EUA and tvsdesign, we are incredibly proud to have been selected,” said Rich Tennessen, President of EUA. “The combined expertise of our EUA staff with the world-class convention center team at tvsdesign is ready to design a convention center that draws people from around the world to experience our phenomenal city.”

Sarah Maio is vice president of marketing and communications for the Wisconsin Center District.