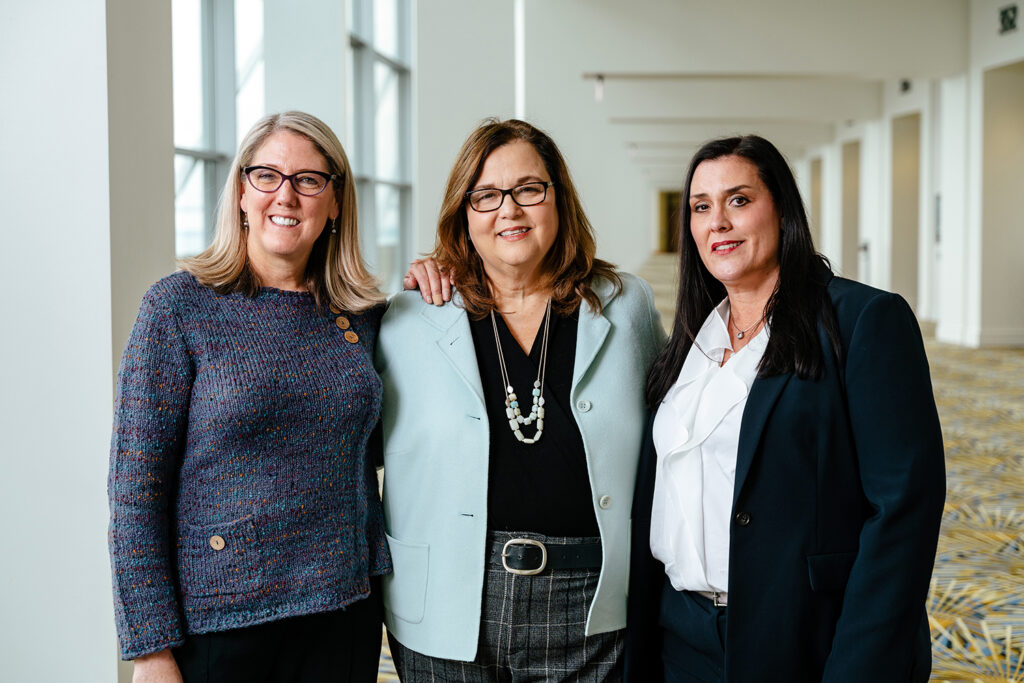 our strategic mix of business and we see a strong return of business,” said Totaro. “Fall is looking good as we are already seeing a robust spring and as we continue to reach pre-COVID numbers for some shows.”

Currently, Huntington Place is the only convention center in the country where women serve in the top executive roles including Chair of the DRCFA and the two top leadership positions for venue operations, general manager, and assistant general manager. The convention center is the 16th largest in the country with over 723,000 square feet of exhibit space and more than one million square feet in overall event space.

“We are so proud of this strong leadership team in Huntington Place,” said Bob McClintock, executive vice president of convention centers of ASM Global. “They are paving the way to success as the venue rebuilds business while reinforcing the three pillars of ASM Global Acts: Invest in People; Protect the Environment; Strengthen Our Communities. They represent the best of the best at ASM Global.”

According to the U.S. Bureau of Labor Statistics in 2021, women held just 21% of all facility management positions in the country, but in Huntington Place women are leading the way.

Totaro was named general manager in April 2021 and is nationally recognized as an industry leader who held previous executive positions in convention centers in San Diego, Portland, Atlantic City, and Cincinnati. She took over the Detroit job in April 2021. Believing that inclusive and equitable teams are essential for success, as the venue began to rehire after being closed during the pandemic, gender equity quickly unfolded. Today, out of 35 managerial jobs (supervisors, managers, and directors) at Huntington Place, 17 are held by women.

“Diversity and inclusion make for a better world and hence better business. Our voices at the table bring a different perspective,” said Totaro. “I recently read an article talking about why women entrepreneurs are more successful in some respects than men. It showed how female-owned firms generate higher revenues, create more jobs, and showcase women as more effective leaders with a larger appetite for growth. We have been society’s secret superpower all along. No more secrets, we are right here.”

Additionally, women hold three of the five DRCFA posts with Canada as Chairperson for the first time since its inception. The authority was created in 2009 by the Michigan Legislature, along with City of Detroit and Wayne, Oakland, and Macomb counties, as each appoints a person to the five-member board.

“It’s exciting and refreshing to see more women in a position of power,” said Lisa Canada, DRCFA Board Chairperson and Political and Legislative Director for the Michigan Regional Council of Carpenters and Millwrights. “Women bring a wealth of leadership skills that represent more than 50% of the population. Understanding the perspective of our all our clients and customers is a win for everyone.”

All three Huntington Place women leaders agree that to create more gender parity in facility leadership, executives need to promote women with a diverse background and train facility leaders on what a diverse workforce brings to the culture and how to cultivate success.

According to Becky Bixby, assistant general manager Huntington Place/ASM Global, “Women create team environments that are inclusive and diverse. It’s within these types of environments that the best ideas organically transpire because they are encouraged and cultivated.”

And Bixby would know. In Huntington Place, she is responsible for all day-to-day operational aspects of the venue with a key role in ensuring that all clients’ needs are understood and met. She leads the effort for LEED certification and all sustainability initiatives that cross over multiple departments. She also maintains all emergency response plans and establishes safety and security measures to create organic and appropriate responses that secure public safety at all times. She works toward resolving any client or staffing concerns. She ensures all operational departments are on track with their budgets and financial goals for the year. No small job, and one that requires extensive collaboration with all concerned.

“Women thrive on multi-tasking,” said Bixby. “Motivating a team to achieve a goal, providing guidance to manage a project, figuring out the details of an event when hitting a roadblock, and stepping away to keep it all in perspective of the overall picture. It’s what we do as women.”

Huntington Place was built by the City of Detroit, opened in 1960 and originally named after the mayor, Cobo Hall. In 2019 the center was renamed TCF Center after the naming rights were sold to TCF Bank for $30 million over a 20-year contract, the largest financial deal for a convention center naming rights contract at the time. Dec. 9, 2021, the venue was again renamed Huntington Place, after Huntington Bancshares Incorporated (“Huntington”), the parent company of The Huntington National Bank, and TCF Financial Corporation the parent company of TCF National Bank, combined in an all-stock merger.

The venue completed a $279 million renovation in 2015 and is in the planning stages of another $350 to $500 million expansion that will include a new 60,000 square foot ballroom with a possible theater set and 2500 more parking spaces. Most importantly the plan includes a 750-room hotel connected to the center. Details to this plan are expected to be announced later this year.