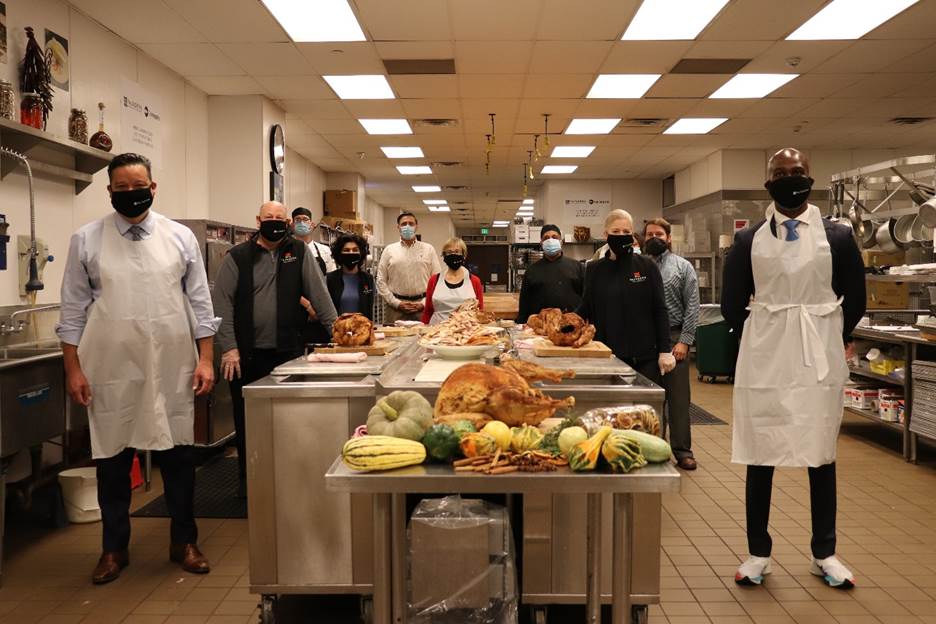 thousand people in a large celebratory gathering thanks to the help of volunteers and generous key partners. This year strict adherence to COVID-19 public health orders were observed. Some dinners and dinner kits with all the fixings were handed out in advance, while smaller, private dinners were held the day before Thanksgiving at multiple centers serving homeless individuals.

“It has been an honor for the Pasadena Convention Center and Centerplate to donate resources in order to help make Union Station Homeless Services Dinner in the Park a success,” said Michael Ross, CEO of the Pasadena Center Operating Company. “We are grateful for the services and meals they offer and are pleased to participate, for the seventh time, in such a giving cause especially during this difficult time.”

Christine Susa is Director of Marketing & Communications for the Pasadena Convention Center.