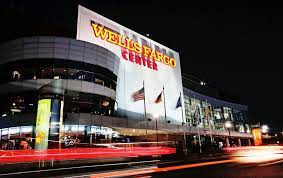 The division will also collaborate with tour promoters to bring shows and concerts to the venue, as well as work on expanding the facility’s portfolio of events.

Spectacor Events & Entertainment’s first major event will be the Philly Tailgate Games, a block-party style event where participants will compete in tailgating competitions to win prizes, including a pair of tickets to every concert at Wells Fargo Center for a year.

Comcast Spectacor chairman and chief executive Dave Scott said the idea for the division came during the COVID-19 pandemic last year, when Wells Fargo Center was closed to the public and business found new ways to safely host events.

With few national touring options, Comcast Spectacor decided to build and promote its own events.

“Our business is driven by innovation, and in the face of a pandemic that impacted our entire industry, we once again found ways to innovate, safely host events, and lay the groundwork for this exciting new division of Comcast Spectacor,” Scott said.

Emily Dunham has been brought it to serve as senior vice-president of Spectacor Events & Entertainment and will lead the division. Dunham has managed concert bookings and event hospitality for multiple venues and organisations during her 20-year career.

“There isn’t a better city in America for live events than Philadelphia, and we’re thrilled to bring all kinds of exciting, new concepts to the city and the entire region,” Dunham said.

“As we create events, we’re focusing on what makes Philadelphia great – its sports, its food, its art, and most importantly, its people.”