by Jason Judy
San Francisco, Soundbox, symphony
Comments are off 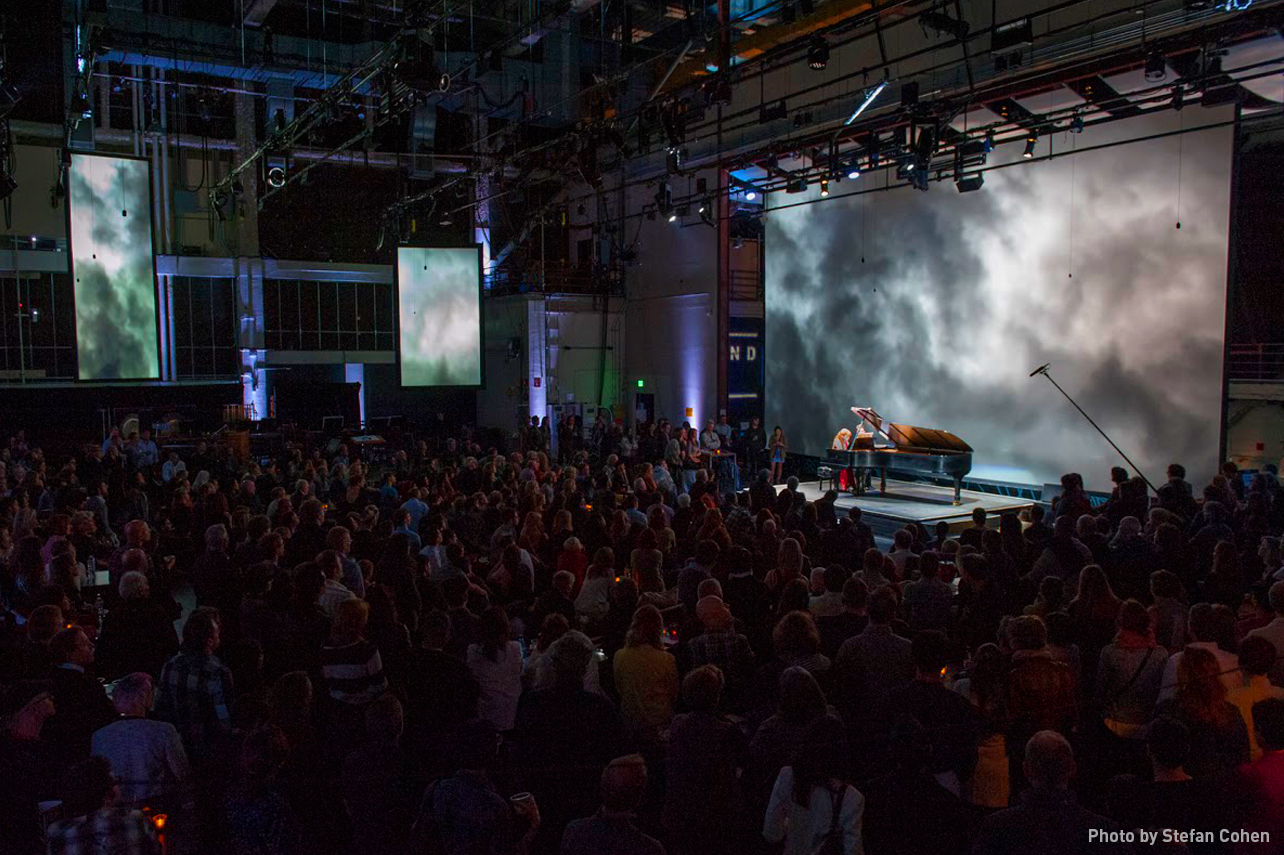 The San Francisco Symphony is about to wrap up the first season of Soundbox, an experimental music venue that leverages unused rehearsal space, art, video, and superb sound to deliver shows to a new audience well below their traditional 64-year-old patron. Attendees of IAVM’s 2015 Performing Arts Managers Conference experienced the space first-hand during a private tour, and the success of the new project is beginning to emerge.

“In only its third iteration, Soundbox has become a thing unto itself, and it took less than a scant four months to transform from a promising experiment into a scene of its own. Musically, last weekend’s version rivaled the opener in terms of surprising, delighting, and delivering, but while no one was looking SoundBox found an entirely new audience. I did see some familiar faces in the crowd on Saturday night, but what struck me was how quickly the demographic of the audience changed, as if with each new show the average age of those attending decreased by a number of years. Look at the picture above and try to find classical music’s ‘greying audience’ in the crowd. The place is a hit.”—John Marcher in the San Francisco culture blog, A Beast In A Jungle

The venue reverts back to rehearsal space this spring, but with every show selling out, and with a fresh audience tilting toward 20- and 30-somethings, creator Tilson Thomas is planning on its return next year.

Listen to Cy Musiker’s full story for KQED News below: