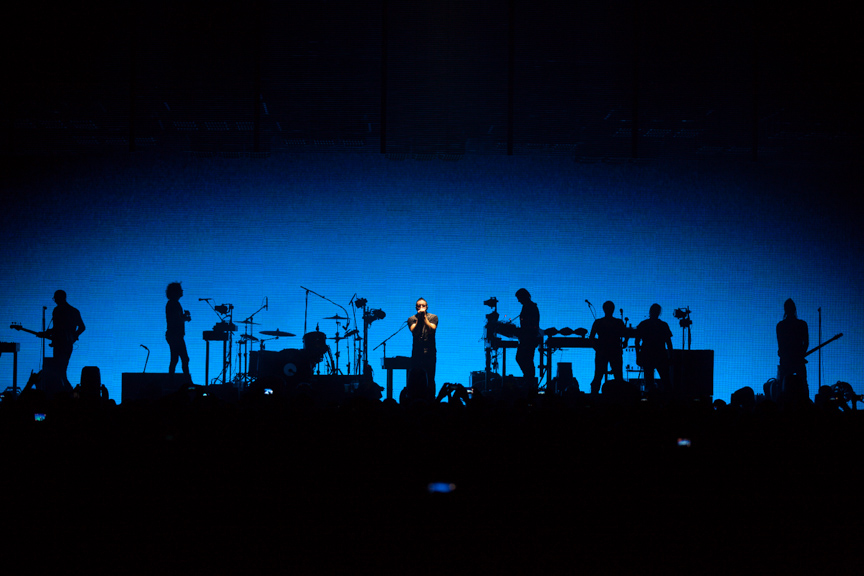 Building ‘Tension’: An Inside Look at NIN’s Massive Arena Tour

“The band’s shows are famous for their over-the-top visuals, and massive arena performances are where frontman Trent Reznor and art director Rob Sheridan really flex their muscles, pummeling audiences with an audio-visual experience that often feels closer to a big-budget Hollywood movie than a traditional rock concert.”

Winter Classic Crew Ready to Make Michigan Stadium Center of NHL Universe
—MLive
“[Dan] Craig and roughly 200 workers will spend the next week preparing an NHL-caliber rink on Michigan’s football field and plans to have the first sheet of ice sprayed down by next Thursday.”

How to Fix the Broken Venue Model
—Expo
“The traditional convention center model is broken and at least two major venues have begun experimenting with new ways to fix it.”

Molecular Gastronomy for Lunch on Campus
—Food Management
“The show starts with spheres of balsamic dressing on a bed of romaine and ends with a huge tank of liquid nitrogen turning cannoli ice cream into a space-age spectacle.”