“The City of Corpus Christi is extremely excited to have OVG360 lead the operations of our very important American Bank Center. Their business approach is being well received by the City Council and our partners. Under OVG360, we look forward to improved venue booking, ticket sales, customer care, food service experience, and positive community impact,” Corpus Christi City Manager Peter Zanoni said.

Martin started his career with Oak View Group in 2008 at the University of South Carolina, 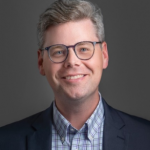 working in ticket operations for the Colonial Life Arena after graduating with a bachelor’s degree in Sports and Entertainment Management. He navigated his career in ticketing and event operations at the Augusta Entertainment Complex in Augusta, Ga., where he worked as Director of Ticketing and, eventually, Director of Event Services. In 2016, he accepted a position as Assistant General Manager of the Macon Centerplex, where he increased event bookings, exceeded financial goals for the venue and county, and ingrained himself into the community. 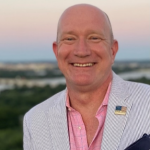 Castor grew up in the Midwest, attended Purdue University in West Lafayette, Ind., and graduated with a double major in Economics and Military History in three-and-a-half years to take a job as a Banquet Manager for The Indiana Roof Ballroom in Indianapolis. The catering company also had a contract to provide food and beverage service at the Indianapolis Motor Speedway, where his passion for Sports & Entertainment Catering began. During his 30-year career, he participated in the openings of The Conseco Fieldhouse, Arlington, Racetrack, Gillette Stadium, Citizens Bank Park, Nationals Park, Busch Stadium, UBS Arena, and most recently, the new Moody Center in Austin, Texas. He also led Premium Operations for the Indianapolis Colts, Indiana Convention Center, Javits Convention Center, and Washington Commanders. He was also the Director of Event Operations at the Embassy of Italy and General Manager of The Cow Palace and the Virginia Beach Sports Center.

Ustruck is an Executive Chef with 17 years of culinary experience. He was born in Baton Rouge, 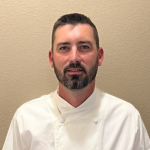 La., but raised in Rockport, Texas. It was here in the Coastal Bend that he discovered his passion for food. He is a graduate of Scottsdale Culinary Institute of Arizona. After attending culinary school, he focused on a broad scope of catering from small intimate dinners to large-scale events, such as PGA Tour Events, Barrett Jackson Car Auction, and NCAA College Football Playoffs. Innovation in cuisine and its mechanics are his passion. He looks to find new challenging opportunities to create the ultimate culinary experience. He is always focused on his passion for food while making fresh food home for his family with the locally sourced game and ingredients.

“With Brian, Joe, and Chef Nick as the vanguard of our new top-shelf team at American Bank Center, we were ready to hit the ground running on July 1,” Greg O’Dell, OVG360’s President of Venue Management, said. “Our team will not only focus on optimizing the overall guest experience – from excellent customer service to delicious food and hospitality – at the facility, but we also look forward to driving positive economic impact and helping bring the community together.”

OVG360 is the third-party, service-oriented division of Oak View Group (OVG), the leading global venue development, advisory, and investment company for both the sports and live entertainment industries. OVG Hospitality will be managing food and beverage operations at the complex.