by Jason Hensel
creativity, production, work
Comments are off 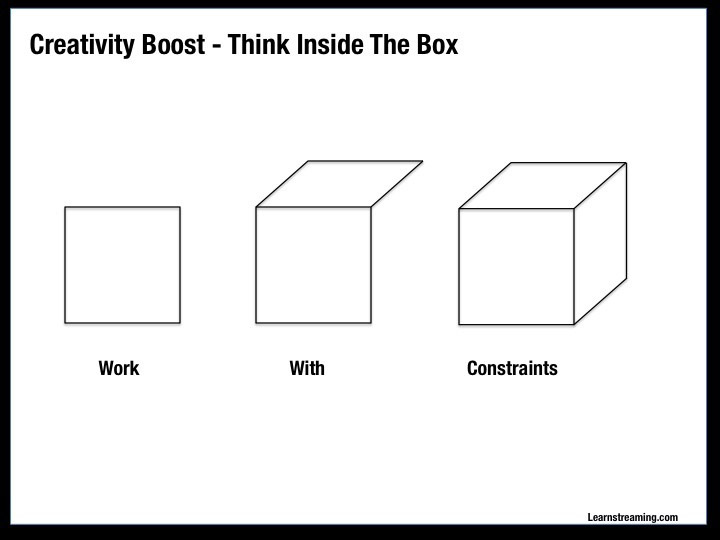 People often think unlimited options help increase creativity. However, one of life’s great paradoxes is that it is restraint that leads to an increase in creativity and production. For an example, let’s turn to political correctness in the workplace.

“Our work challenges the widespread assumption that true creativity requires a kind of anarchy in which people are permitted to speak their minds, whatever the consequence,” said Jack Goncalo, associate professor of Organizational Behavior at the Cornell ILR School and lead author of the study “Creativity from Constraint? How Political Correctness Influences Creativity in Mixed-Sex Work Groups.”

Goncalo and colleagues found that instead of limiting creativity, a political correctness policy boosted a group’s creative output. The reason is because the policy set a level playing field for everyone.

“Political correctness facilitates idea expression by reducing the uncertainty that people tend to experience while interacting with the opposite sex,” Goncalo said. “The PC norm, by establishing a clear guideline for how to behave appropriately in mixed-sex groups, made both men and women more comfortable sharing their creative ideas.”

Goncalo, though, suggests a troubling meaning to the study’s findings.

“The fact that men and women still experience a high level of uncertainty while working together and that a norm as restrictive as PC provided a safer environment for free expression means we still have a lot of work to do,” he said.