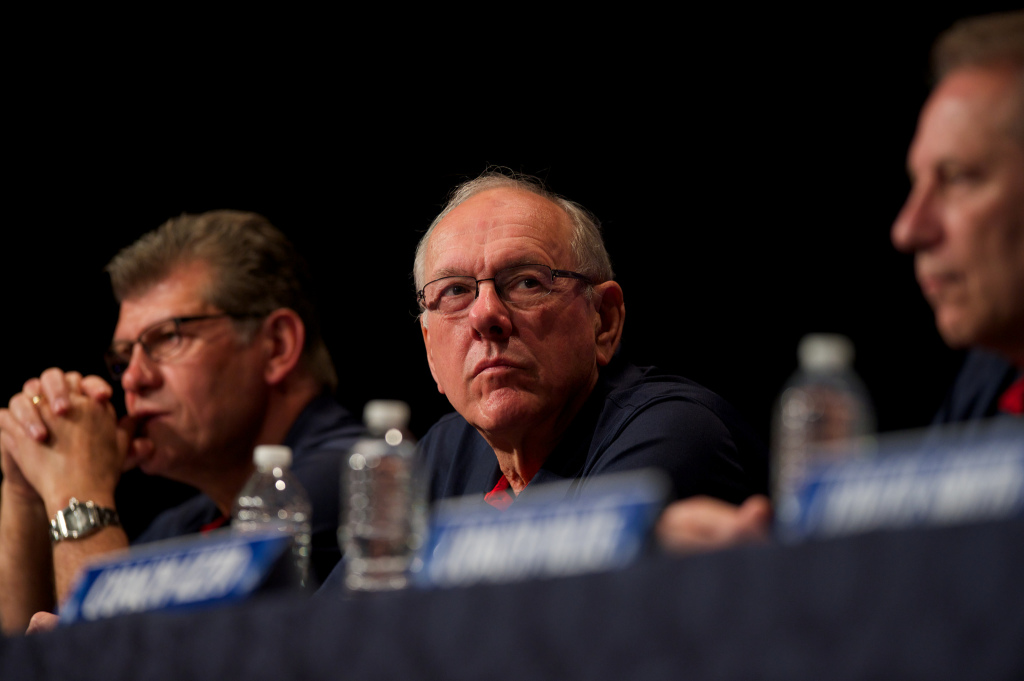 Back in March, I wrote about Facebook’s purchase of Oculus VR and how virtual reality (VR) could affect your venue. Today, I received a press release from Next Galaxy Corp., a developer of VR technology, which said that Syracuse University basketball coach Jim Boeheim is opening up his personal gym in a partnership with the company in order to help produce revenue generating VR experiences.

“I believe that the development of virtual reality technology by Next Galaxy will soon change the way sports fans enjoy the game,” he said in the release. “We believe the sports fanatics, especially those that can’t get to the game, will agree to pay impressive amounts to experience team adventures in VR, dramatically increasing team revenue.”

In an article in the Syracuse Post-Standard, reporter Donna Ditota spoke with Barrett D. Ehrlich, a financial consultant for Next Galaxy, about the project.

“Ehrlich said Boeheim’s first production will take viewers into the coach’s gym and show them his trophy room,” Ditota reported. “In the future, Boeheim might provide immersive insights into the way he coaches his program. NCAA regulations and SU restrictions will not permit the SU coach to, say, project what it’s like to be in the middle of a practice huddle. The content he creates will be personal experiences, likely originating from his home. Boeheim’s DeWitt home includes an indoor basketball court (a half-court configuration).”

VR is an exciting technology that can offer everyday fans experiences such as watching a game from an owner’s box, riding in a race car next to the driver, or hanging out backstage at a concert. There’s also a chance to monetize these experiences.

“We believe once a team owner learns, for example, he can use VR on-court-on-field as a revenue generator—[he] will want to know more and more about it,” said Mary Spio, CEO of Next Galaxy. “It should become very clear to the owner that VR is offering significant value to even the average fan, especially the ones that are cheering on the sports idols that mean so much to them. Strategic business development discussions with other high-profile sports figures and teams are taking place. VR can turn into a huge revenue generator.”

While I don’t think technology can solely replicate a live, human-to-human experience, the following promotional video can help you get a better understanding of how VR can work in a venue as far as revenue goes.