by Jason Hensel
Florida, sports, tennis
Comments are off 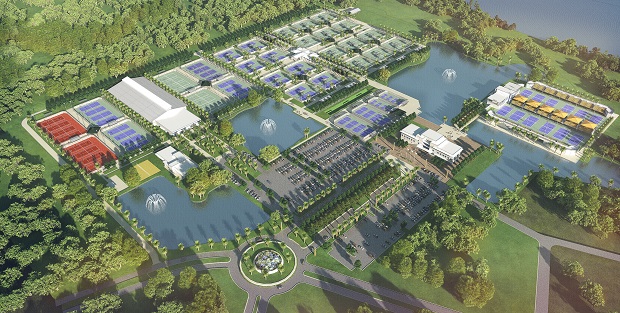 The U.S. Tennis Association (USTA) broke ground last week on a $60 million facility in Lake Nona, Florida. The USTA National Campus will reside on 63 acres and be home to sports-related businesses and organizations.

The USTA will move its entire workforce to the new headquarters in Lake Nona.

“This new home for American tennis will truly be a game-changer for our sport,” said USTA Chairman of the Board and President Dave Haggerty in a statement. “This world-class facility will be an inclusive gathering place for American tennis and will allow us to impact our sport at every level, from the grassroots to the professional ranks.”

The facility is expected in fall 2016.