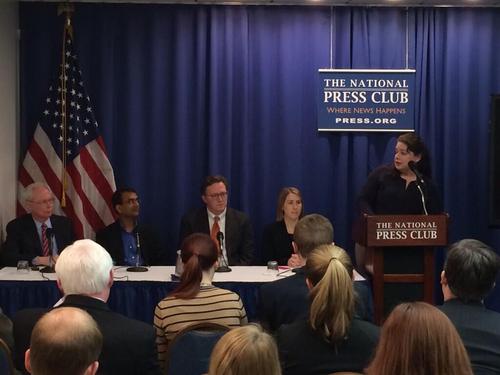 The breakfast was held to raise awareness in the media for the efforts of the coalition (which IAVM is a part of) to  encourage the FCC to support new research and help relieve the congestion faced across the current wireless spectrum and to support the expansion of unlicensed wireless to include the 5 Gigahertz spectrum.

“We should seize this opportunity right now,” she told unlicensed advocacy group WifiForward this morning, according to excerpts of her remarks. “We can take the flexible Wi-Fi rules that have already been the script for an unlicensed success story in the 5.725-5.825 GHz band and expand them to the 5.15-5.25 GHz band. If we do, we could effectively double unlicensed bandwidth in the 5 GHz band overnight. That will mean more unlicensed service—and less congestion on licensed wireless networks. That’s win-win.”

Learn more about IAVM’s participation in the coalition by reading my earlier blog post here.