The Pennsylvania Convention Center announced that it has received its Global Biorisk Advisory Council (GBAC) STAR reaccreditation, following a comprehensive evaluation process of its cleaning, disinfection and infectious disease prevention protocols over the past year.

The annual GBAC STAR reaccreditation process focused on the Center’s program development, through a 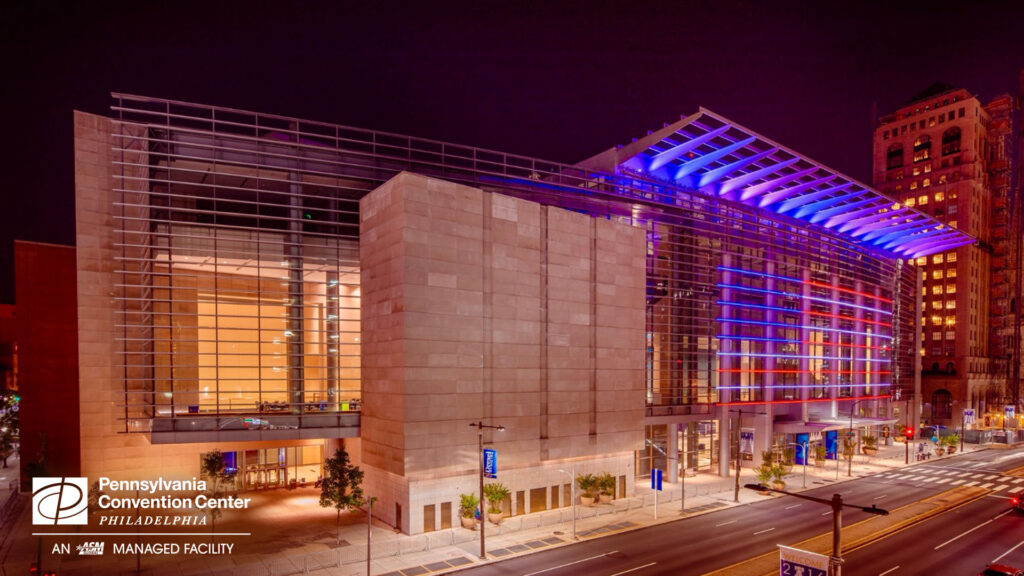 cycle of continuous evaluation and improvement, to ensure the facility remains effective at maintaining and delivering a program that supports a clean, safe and healthy environment for workers and guests.

As an ASM Global managed facility, the Pennsylvania Convention Center developed its Reopening Operating Framework during the pandemic based on the principles and protocols included in ASM Global’s VenueShield program, a best-in-class program developed in partnership with leading professionals, industry experts, and public health officials in response to the pandemic. That framework, coupled with the Center’s investment in environmental hygiene technologies, led to the facility receiving the GBAC STAR reaccreditation.

In the past year, since receiving its initial accreditation, the Pennsylvania Convention Center continued with significant capital investments following the guidance from the CDC, public health officials and ASM Global’s VenueShield program. These included the installation of advanced air purification technology in 40 air handling units, more phases of touchless restroom renovations, the purchase of additional scrubber, vacuum and electrostatic sprayer equipment, and the implementation of enhanced sanitization and health and safety protocols. In addition, the Center implemented a vaccination policy for its workforce, requiring all staff to be fully vaccinated by October 1, 2021.

“As a state-of-the-art facility, we have gone to great lengths to ensure the safety of our guests and staff, while maintaining the highest levels of customer service in a hospitable environment,” said John J. McNichol, President and CEO of the Pennsylvania Convention Center Authority. “By aligning the GBAC Star Accreditation Program with our facility’s procedures and protocols, we have been able to position ourselves as a strategic partner in the fight against COVID-19.”

“From an operations perspective, each of the Center’s departments consistently evaluates the protocols and procedures that are in place, against the 20 elements within the GBAC STAR accreditation, to enable us to achieve the highest possible standards for cleaning, disinfection and infectious disease prevention in the industry,” said Kelvin D. Moore, Regional General Manager, ASM Global. “Our continued commitment to the health and safety of our guests has bolstered meeting planners’ confidence in our ability to safely host in-person events, facilitating a steady return of events to the facility.”

Morales has 25 years of culinary leadership experience in Hawai‘i. He most recently served as the chef 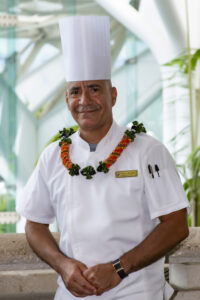 de cuisine at Mauna Kea Beach Hotel on the Island of Hawai‘i. He also founded a food service consultancy, working with well-known restaurants in Hawai‘i and Nevada.

Morales previously served as the executive chef at the Polynesian Cultural Center for eight years, overseeing culinary and food services for thousands of guests daily across luaus, restaurants and concessions. He started his Hawai‘i career at O‘ahu’s Turtle Bay Resort, where he was executive chef for 16 years, managing the resort’s three restaurants, as well as the culinary operations for a variety of large-scale events. Morales also advised food and beverage teams at Turtle Bay Resort partner properties throughout the country.

In addition, Morales has extensive international experience. He worked as a chef at the SAS Norway and as the banquet chef for the King of Norway. He also worked as chef de cuisine at The Regent Sydney in Australia.

Morales is a graduate of the Johnson & Wales University Culinary Arts program. His achievements are recognized by the James Beard Foundation and Confrerie de la Chaine des Rotisseurs.

“The Hawai‘i Convention Center is widely known for its culinary innovation, sharing the authentic flavors of the Pacific with meetings and events guests from around the world. We are enthusiastically looking forward to Hector’s leadership and extensive experience as we continue to welcome guests back,” said Teri Orton, general manager of the Hawai‘i Convention Center, managed by ASM Global.

Larry Wilson, venue management professional and most recently president of Ignite Sports and Entertainment in Columbus, GA, has passed away at the age of 52. 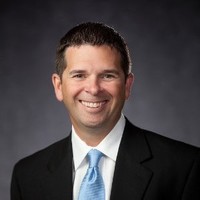 organization into an exciting foray of different entertainment events and further expand the Ignite brand. While with Ignite, Wilson had a very positive and upbeat demeanor with a drive to help others and put on great events and shows for the public.

Prior to his arrival at ISE, Wilson was an experienced entertainment and venue management executive in the NFL with the Jacksonville Jaguars where he served as a senior VP of Facility Operations and Programming. Prior to his stint with the Jaguars, he spent 20+ years with SMG and served in many different markets (primarily in the southeast United States) in venue and event management.

“Larry’s passing is a monumental loss to our company and me, personally, as he was a decades-long friend.” Ignite Sports owner Jeff Croop said. “On behalf of both Ignite Sports and the Croop family we send our thoughts and prayers to Larry’s family.”

To honor Larry’s memory, the Columbus River Dragons hockey team will wear commemorative stickers with Wilson’s initials on their helmets for the remainder of the 2021-22 season.

Larry is survived by his parents and his two sons, Trace and Jack. The entire Ignite Sports and Entertainment family gives our most sincere condolences to Larry’s loved ones and friends in this difficult time.

We are at a loss for words, our dad passed away last night around midnight. The doctors and nurses were able to make him comfortable and he passed peacefully.

The immense amount of love and support our family has received during this time has been astonishing. The calls, texts, emails, Facebook messages, donations, cards, etc., have truly reminded us how much our dad was loved, and for that we are forever grateful.

No one can deny the fact that our dad loved life! He put an emphasis on kindness, and lived life to the fullest every single day! His work ethic and passion for the sports/entertainment industry was clear to anyone who came in contact with him. He loved his work, he cherished the relationships his work created, and his legacy will live on forever. But most of all he loved his family, and he loved his friends!

The sons wrote more, but the message was made clear and obvious: their dad was a loved man who made a difference in his time on this earth.

From NBA.com and R.V. Baugus

Yeah, as far as naming rights deals go, this is seismic, even in the state of California, where earthquakes are known to rearrange the landscape. STAPLES Center, a, well, staple of naming rights through the years that is synonomous with only the world’s biggest events played on perhaps the world’s biggest arena stage (no slight at all, Madison Square Garden) will get a new name just in time for the NBA world to watch the Los Angeles Lakers play on national television on Christmas Day. Thank you, Santa, for giving us the Crypto.com Arena.

The downtown Los Angeles home of the NBA’s Lakers and Clippers, the NHL’s Kings and the WNBA’s Sparks

A person with knowledge of the deal tells The Associated Press that Crypto.com is paying $700 million over 20 years to rename the building. The person spoke on condition of anonymity because the parties aren’t publicly announcing the terms of what’s believed to be the richest naming rights deal in sports history.

The 20,000-seat arena has been the Staples Center since it opened in October 1999, with the naming rights owned by the American office-supplies retail company under a 20-year agreement. The name will change when the Lakers host the Brooklyn Nets in the NBA’s annual Christmas showcase.

Crypto.com is a cryptocurrency platform and exchange headquartered in Singapore. Founded in 2016, Crypto.com has been on a spending spree across the global sports landscape over the past year. The platform has inked high-visibility sponsorship deals with Formula One, the UFC, Italy’s Serie A, Paris St-Germain and the NHL’s Montreal Canadiens — while also purchasing the Philadelphia 76ers’ uniform sponsorship patch.

AEG, the sports and entertainment conglomerate that has majority ownership of the Kings and had a stake in the Lakers until last summer, built the arena that quickly became a famous setting for major events in the U.S.′ second-largest metropolitan area.

The Lakers have won six NBA championships during their tenure in the cavernous arena, including three straight in its first three years of operation. Banners commemorating the Lakers’ 17 NBA titles hang high on the walls above the playing floor, providing what might be the most distinctive interior feature of the building.

The Sparks have won three WNBA titles while at the Staples Center, and the Kings won their first two Stanley Cup championships in 2012 and 2014 there, clinching both on home ice.

The Clippers will be short-timers at Crypto.com Arena. They’re scheduled to open owner Steve Ballmer’s $1 billion, 18,000-seat Intuit Dome in Inglewood in 2024 when their Staples Center lease expires. The Sparks also could leave downtown then, although nothing has been decided.

The staff and membership of IAVM send our condolences and sympathy to the family of our dear friend John Siehl and family in the recent loss of his son, Aaron. You remain in our prayers and our thoughts during this difficult time.

“Please just thank everyone for their love and support,” John shared with us. “Love will prevail and I am so thankful to have such a village of support.”

Following is the obituary for Aaron John Siehl. May the family be comforted by the memories of this wonderful man. 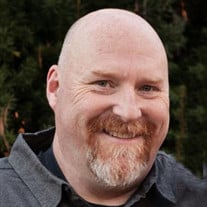 Northmont High School class of 1990. Aaron played hockey and was very active with the Megacity Hockey Club. He enjoyed spending time with his family and attending his son’s sporting events.

A Memorial Service was on Thursday, November 11, 2021 at the Kindred Funeral Home (400 Union Blvd., Englewood) with Pastor Michael Hennie officiating. If desired, memorial contributions may be made to the Siehl Boys College Fund. To leave an online condolence, please visit www.KindredFuneralHome.com

To view the service for Aaron, please click the link below:
http://webcast.funeralvue.com/events/viewer/63428

To send flowers or a memorial gift to the family of Aaron John Siehl please visit he Kindred Funeral Home Sympathy Store.

If interested in assisting in a GoFundMe to help out financially with Aaron’s three sons, please use this link: https://www.gofundme.com/f/siehl-boys-college-fund?utm_source=customer&utm_medium=copy_link_all&utm_campaign=m_pd+share-sheet