Members as Leaders: One of IAVM’s Newest CFEs Becomes a GM 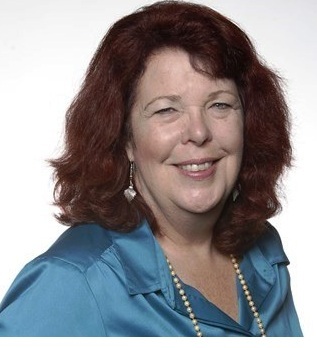 Orton Entertainment has announced the appointment of Dana Stoehr as General Manager of The Craneway Pavilion at historic Ford Point on the waterfront in Richmond, effective September 16. Stoehr brings over 20 years of event experience to The Craneway Pavilion, having spent the past 7 years as the Assistant General Manager of the San Mateo County Event Center, where she demonstrated particular expertise in attracting new events to the venue and created successful partnerships with event producers, local community organizations, city, and county officials.

Prior to that, Stoehr was the Events Sales and Services Manager for the Alameda County Fair, where she designed a modern events department and implemented marketing strategies to expand new business development for the organization. In both companies, Stoehr was a catalyst for double-digit revenue growth.

Just this August, Stoehr, an IAVM member since 2004, was among 14 venue industry professionals worldwide who received their Certified Facilities Executive (CFE) designation from IAVM during VenueConnect 2013 in New Orleans, LA.  CFE applicants are rated on their experience and accomplishments in public venue management. Managers who earn the CFE designation are recognized, by those inside and outside the industry, as experts in their profession. Stoehr currently serves on the IAVM Region 7 Board of Directors for the West Coast as the Assistant Regional Director.

We wanted to ask Dana about her plans as she moves into her new role as GM, and she pleasantly replied in the midst of a what we are certain is a very hectic week. END_OF_DOCUMENT_TOKEN_TO_BE_REPLACED

Through the support and resources of the IAVM Foundation, IAVM has filed an amicus brief supporting the San Diego Convention Center Corporation (SDCCC) in a legal case with United National Maintenance (UNM) that carries significant industry wide implications. Here is the full amicus brief filed on August 2, 2013.

Industry Is Angered Over Move by Cuomo 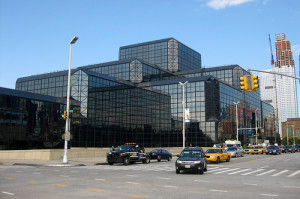 Attendance had fallen sharply, and it was not worth hauling 40 or 50 Boston Whalers, Sea Rays and other pleasure boats to the Manhattan show. He had asked for dates that he felt were more favorable, and had been rebuffed.

But he did not pull out. Instead, he called Gov. Andrew M. Cuomo.

“I got lucky; he actually picked up the phone,” Mr. Barbara said. “I explained what’s going on; the amount of business we’re losing, the sales tax we collect and the amount of people we’re letting go. I explained it to him, and he made it happen.”

The governor — whose love of outdoor sports and the lakes of upstate New York is well known — intervened. The boating industry got the dates it wanted in January, and even a September event on the Hudson River.

But there was a problem. The new dates for the boat show meant that five other trade shows and conventions had to be moved to less favorable dates. And those shows have an arguably greater economic impact.

A football fan tumbled to his death from an elevated walkway outside Candlestick Park, moments after the San Francisco 49ers kicked off their final season home opener at the stadium.

In a separate incident, two people were injured Sunday when a railing collapsed as the Colts played the Raiders in Indianapolis.

Why Stadiums Are Safer Than You Think

Stadiums are safer than you think. For sure, recent deaths by fans at Candlestick Park in San Francisco and Atlanta’s Braves Field in the past month may seem like a gruesome trend. But the reality is that going to a football, baseball or even race car track with tens of thousands of other spectators is a safer bet than say fishing, or even playing golf. END_OF_DOCUMENT_TOKEN_TO_BE_REPLACED

Lifetime Achievement Award to be Presented at ICCC Oct 3-5

This week, IAVM announced that Peggy Daidakis, the executive director at the Baltimore Convention Center, is the 2013 Lifetime Achievement Award recipient on behalf of IAVM’s Convention Centers/Exhibit Halls Committee. The award will be presented to Peggy this October 3-5, at the 2013 International Convention Center Conference (ICCC) to be held in Charlotte, NC. The award is presented to an individual recognized by their peers for outstanding contributions to both IAVM and the convention center industry.

For almost 40 years, Peggy Daidakis has served the city of Baltimore and for 20 has served as the Executive Director for the Baltimore Convention Center. She started her career as a public servant in 1973 while working in Mayor William Donald Schafer’s office. Peggy has been a part of every major redevelopment in Baltimore’s meetings and tourism history, beginning with the restoration of Baltimore’s famed Inner Harbor. Her early roles involved representing the Mayor at community meetings and grew to the planning of festivals. END_OF_DOCUMENT_TOKEN_TO_BE_REPLACED

Weapons on Display: A Webinar on Gun Safety Requirements 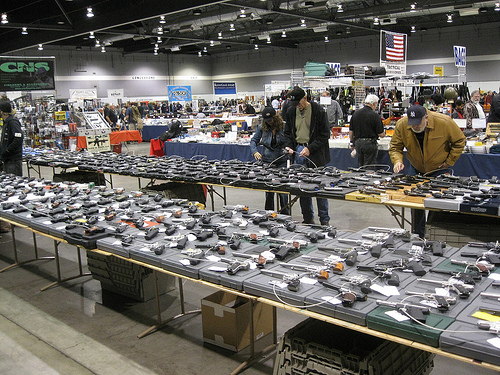 In 2005, Michael Bouchard, Assistant Director/Field Operations of ATF, estimated at that time nearly 5,000 gun shows were taking place each year in the United States.

In 2009, CNN reported that that Americans owned around 300 million non-military firearms.

While it is certain venue managers are always excited see show traffic filling their booking sheets – the increase in gun shows, the uptick in gun ownership, and the addition of inexperienced gun owners, creates some real safety challenges for venues hosting gun shows inside their venues. END_OF_DOCUMENT_TOKEN_TO_BE_REPLACED